This year the 84-year-old artist held solo exhibitions at home and in London, which he said were particularly special at a time when the pandemic has disrupted many art events around the world. The pandemic has led the artist to spend most of his time in his studio, located right next to his house in Goyang, Gyeonggi Province.

“Everyone is having a hard time these days, and so is the art field. But the pandemic gave us time to reflect on art. In my case, I got more time to focus on my artworks,” Ha said during an interview with The Korea Herald on Nov. 16 at his studio.


His solo exhibition in Daejeon, “The Winner of the 17th LEE Donghoon Art Award” -- celebrating Ha as the winner of one of the city’s most prestigious awards -- is at the Daejeon Museum of Art until Dec. 20. Another exhibition in London, “Ha Chong-hyun” at Almine Rech London, closed Nov. 14.

Ha recently began to work on new “Conjunction” paintings using mint and pink. While most of his works measure at least 1.6 meters in height, his new paintings come in smaller sizes.

Asked about his new paintings while walking through his studio, he refused to show off.

“If they (new works) are good enough, people will naturally follow,” he said. “The ‘Conjunction’ series is something I will stubbornly pursue until the end.”

His signature “Conjunction” series -- which the artist began in the 1970s -- overturned the concept of painting and canvas. He makes his own canvas out of hemp cloth, breaking away from the typical choices of linen and cotton. He pushes thick layers of paint from the back side of the burlap so that the paint oozes through, creating a unique texture on the front, which he called “baeapbeop,” literally meaning a back-pressure technique. 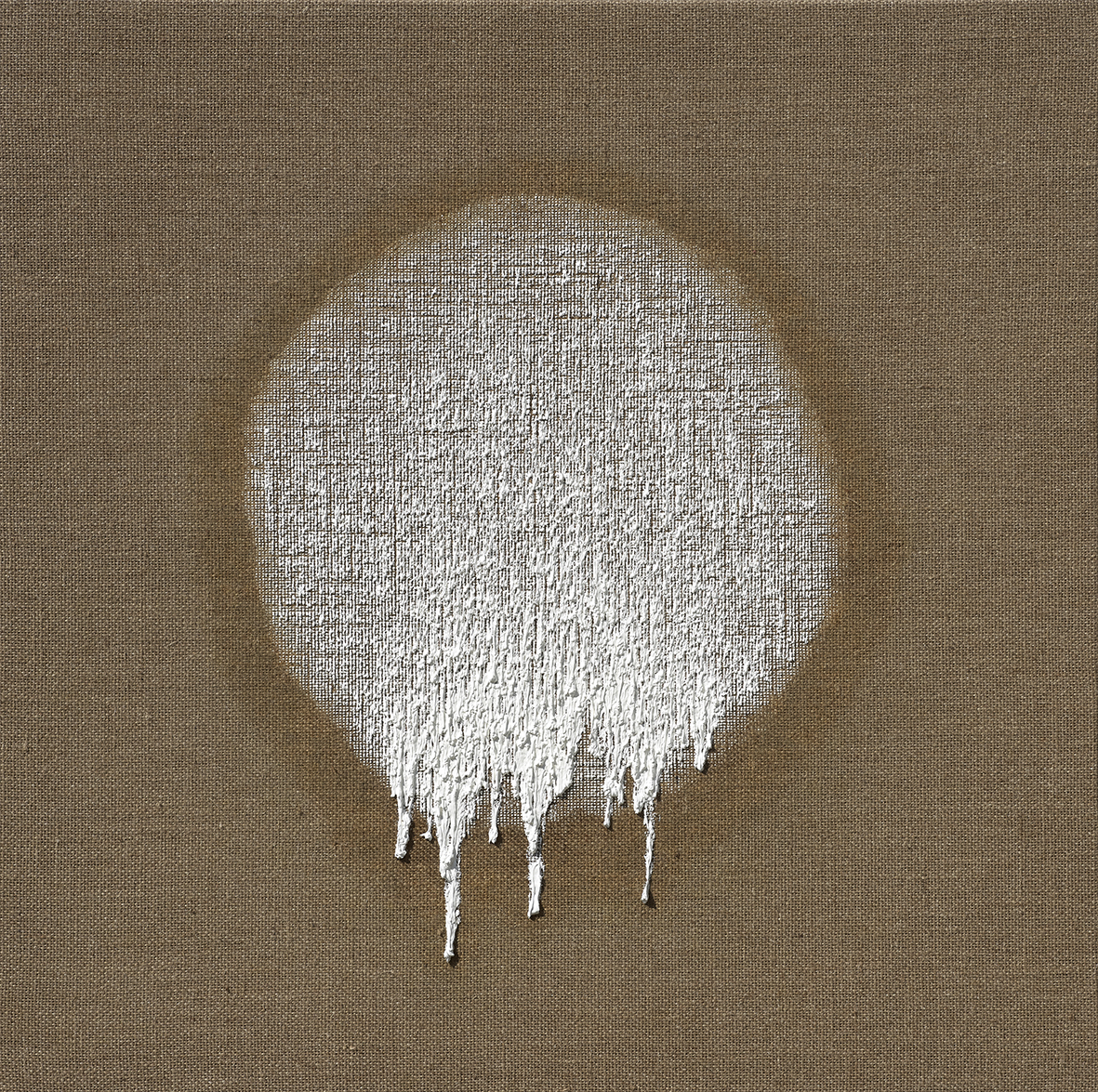 "Conjunction 20-09” by Ha Chong-hyun (Daejeon Museum of Art)
"It was a really lonely process because it is labor intensive. Back in the day, I even heard some saying my work was not painting. I think I have always been an experimenter throughout my life,” Ha recalled.

He got the idea for his unique process after the Korean War (1950-1953), which left the country in ruins and its people in dire poverty.

One day the artist spotted burlap sacks containing rice for the military at Namdaemun Market in central Seoul. Instead of using a canvas, Ha began to paint on a piece of burlap he bought at the market, which was the beginning of his “Conjunction” paintings.

“Canvas has been used for centuries in the West, but that is their own thing. As the rising generation, I thought we had to do something different,” Ha said.


The idea of pressing paint through the back of a piece of hemp cloth is part of everyday Korean traditional culture, the artist said.

“In Korea, our mothers used to squeeze herbal medicine through a hemp cloth to extract the liquid, which is one of the scenes that are disappearing from Korean culture,” he added.

Many artists of his time, who lived through Japan’s colonization of the Korean Peninsula (1910-1945) and later the Korean War, struggled to find their own style. They made efforts to break away from Western aesthetics and also from Japanese painting, which at the time was considered the standard for modern art in Korea.

What is known as dansaekhwa -- Korean abstract painting that accompanies processes of repetition and meditation -- was the first contemporary art trend in Korea after liberation from Japanese colonial rule.

“There were around seven artists classified as dansaekhwa artists. But we did not intend to form any art movement. It was like we were straying in the fog at the time, (trying to figure out our own art),” he said.

The name dansaekhwa stuck after the Gwangju Biennale in 2000, when art critic Yon Jin-sup used the term to refer to artists who practiced this type of painting. The name quickly spread globally.


The artist said that while his generation struggled to find aspects of Korean culture to reflect in their art, there are fewer such efforts these days. Reflection on Korean culture, however, is crucial and is still relevant to the younger generation, he stressed.

“I think many younger people have lost their critical perspective on Western culture,” he said. “We should love our culture more and should nurture our ability to think more critically. It seems that our traditional culture has disappeared in everyday life, but the culture is deeply embedded in us.”

The artist has planned a couple of exhibitions abroad for next year, but he is not sure whether to hold them as scheduled due to the pandemic. Yet the artist, having lived through a tumultuous history, tries to take adversity as an opportunity.

“The pandemic is an extraordinary and unprecedented experience. It is something we did not experience during the Korean War. But such difficult times can be an opportunity to find good inspiration as an artist,” he said.