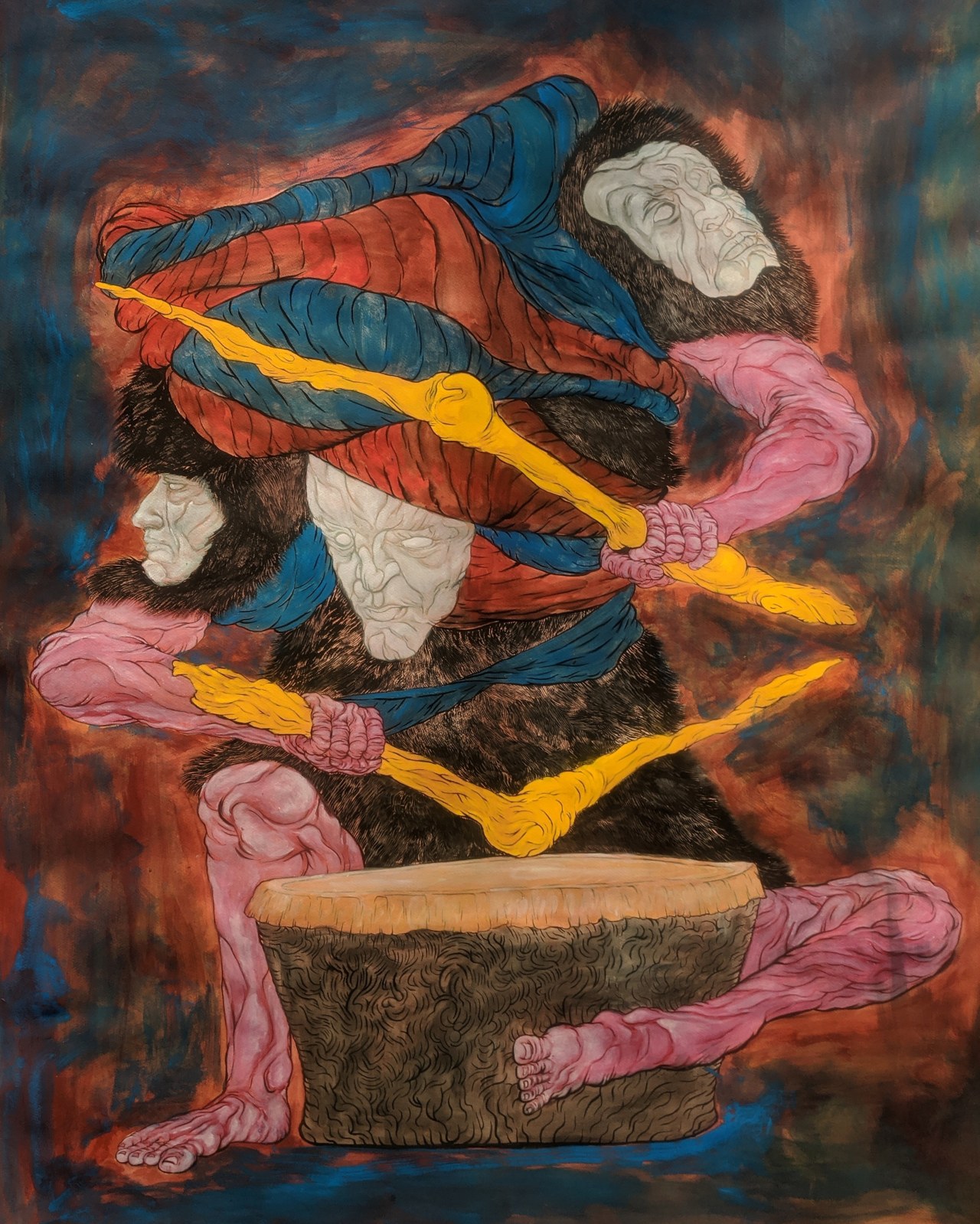 "Missing Pages” by Sahej Rahal (Gwangju Biennale Foundation)
The 13th Gwangju Biennale -- South Korea’s largest art biennale, which has become a major art event in Asia -- will kick off Feb. 26, having been pushed back due to the spread of COVID-19.

The theme of the 73-day biennale will be “Minds Rising, Spirits Tuning,” with 69 artists participating and 41 new commissions. The artworks will be on display across the city of Gwangju -- at Gwangju Biennale Exhibition Hall, Gwangju National Museum, Gwangju Theater and Horanggasy Artpolygon in the Yangnimsan area.

“There were some difficult times after the biennale was pushed back, but it was also a good opportunity for us to examine and think about things that we would have missed because we had to rush,” said Kim Sun-jung, president of the Gwangju Biennale Foundation, during a press conference held Wednesday. The biennale was originally scheduled for September this year.

The exhibition will delve into a broad set of cosmologies, activating many forms of intelligence, planetary life systems and modes of communal survival as they contend with the future horizons of cognitive capitalism, algorithmic violence and planetary imperialism, according to the foundation.

“On-site exhibition has something that an online exhibition could never replace. Although we are facing difficult times, we hope many people will be able to visit the biennale,” she added.

The biennale intends to blur the boundaries between online and offline platforms through a variety of programs, including the on-site exhibition itself, making the most of the pandemic times.

The “Live Organ” program will consist of public forums and online commissions by Ana Prvacki, Kira Nova and nasa4nasa, targeting an ever-growing online audience in the COVID-19 pandemic times. The artworks will be unveiled in the form of episodes and web series on the foundation’s social media platforms and its official website leading up to the opening of the biennale.

The public forums, titled “GB Talks -- Rising to the Surface: Practicing Solidarity Futures,” will feature more than a dozen online talks, sessions and video recordings by scholars, artists and activists from around the world. They will address civic advocacy, grassroots movements and healing communal trauma in the aftermath of brutal suppressions by dictatorships.

The upcoming biennale will have two co-directors -- Defne Ayas and Natasha Ginwala based in Germany and Sri Lanka, respectively -- who were inaugurated in March 2019.

The process of on-site installation of artworks by international artists is on-going through discussions with artists, installation teams as well as local architects who help set up the works.

“We are looking at who can travel and who cannot travel, and this has been really a day-to-day discussion between us,” Ayas said.

The biennale foundation also plans to release a book, “Stronger Than Bone,” which will explore discussions on feminist issues and how to overcome communal trauma caused by violent dictatorships. The book will be co-published in English by the Berlin-based publisher, Archive Books.

The previous Gwangju Biennale in 2018 attracted some 320,000 visitors from around the world.