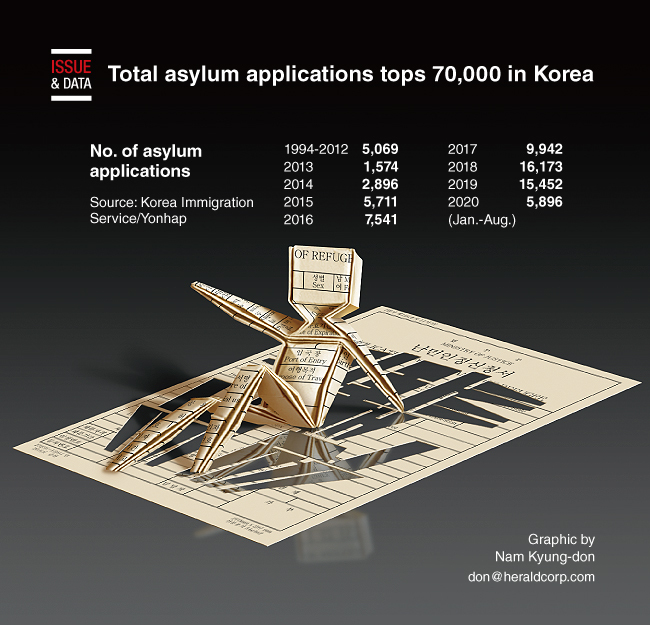 According to data from the Korea Immigration Service, there have been 70,254 asylum-seekers here dating from 1994, when the government began to compile relevant data, to August this year.

In all, 5,896 asylum applications were submitted in the first eight months of this year, down 36.5 percent from 9,278 applications in the same period of last year. The trend contrasts from a deeper downturn of 80.6 percent in the number of foreign arrivals in South Korea in the January-August period this year. (Yonhap)