[Graphic News] Half of S. Koreans expect no major change in inter-Korean ties due to Biden presidency: poll 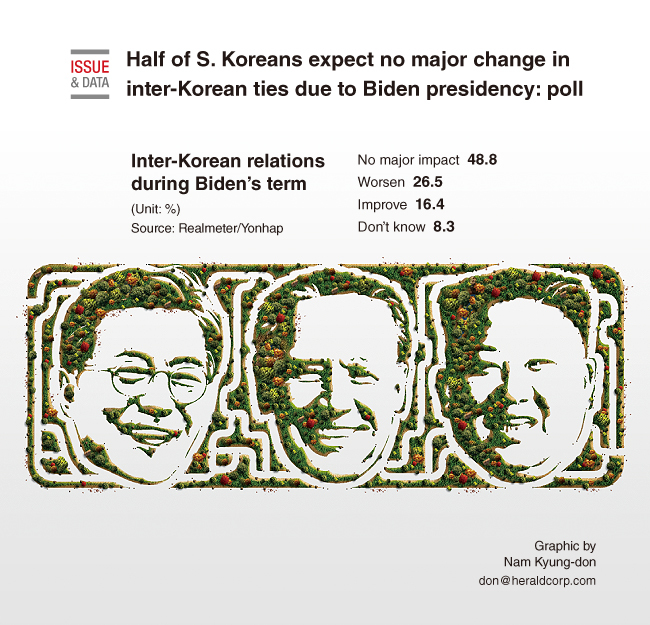 Nearly half of South Koreans believe that there will be no major impact on inter-Korean relations when US President-elect Joe Biden takes office early next year, a poll showed.

In the Realmeter survey of 500 people aged 18 or older nationwide conducted Nov. 6 on prospects for Seoul-Pyongyang relations during Biden’s term, 48.8 percent said there would be “little difference.”

Only 16.4 percent bet on an improvement in relations, while 26.5 percent said relations are likely to worsen. (Yonhap)