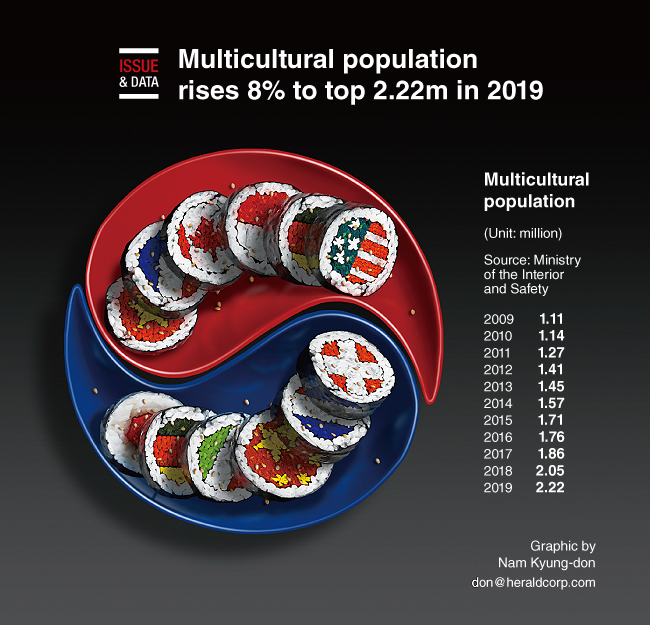 The number of people of foreign descent residing in South Korea exceeded 2.22 million as of November last year, marking an on-year increase of about 8 percent, government data showed.

According to the data released by the Ministry of the Interior and Safety, the 2,216,612 resdents account for 4.3 percent of the nation‘s entire population of 51,779,203.

The tally of foreign residents includes those who do not have South Korean nationality and have lived in South Korea for more than three months, naturalized South Koreans and their children.