‘Korean Architecture Tour: Past to Present’ walks you through buildings of note 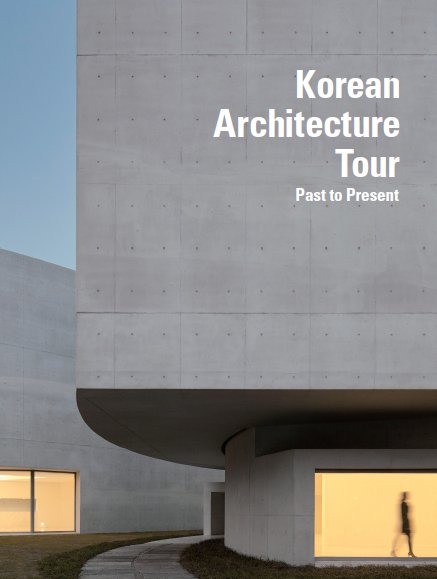 The traditional buildings highlighted in the book include the shrine Jongmyo, the palace Gyeongbokgung, the fortress Hwaseong, Soswaewon Garden and the Confucian academy Byeongsan Seowon. Jongmyo and Hwaseong are among the 14 designated UNESCO Heritage Sites in South Korea.

Jongmyo was built during the Joseon period (1392-1910) and houses the ancestral tablets of Joseon kings and queens. Joseon kings, accompanied by an entourage of civil and military officials, regularly held rituals there to pray for the prosperity of the kingdom.

Jongmyo is considered one of the most beautiful buildings in South Korea, its long, simple and refined facade creating a solemn atmosphere for ancestral rites. American architect Frank Gehry, who designed the Guggenheim Museum Bilbao, was quoted as saying, “It is hard to find such an impressive space as this one” in an interview about the shrine, according to the guidebook.

Contemporary architectural works that embrace the features of hanok, or traditional Korean houses, are also introduced in the book, including Seoul’s Cheongun Literature Library, Arario Museum In Space and Hyundai Card Design Library.


Art museums designed by internationally renowned architects are also among the selected works. Museum San by Japanese architect Tadao Ando, the Whanki Museum by South Korean architect Woo Kyu-sung, the Mimesis Art Museum by Portuguese architect Alvaro Siza and the Lee Ungno Museum by French architect Laurent Beaudouin are among the museums recommended in the book.

Beaudouin had long admired Lee Ung-no -- an artist who combined traditional Korean ink-wash paintings with the modern art of the West. The architect’s admiration for the artist is clear from the design: Viewed from above, the museum resembles the Chinese character “su,” meaning longevity, which is also the title of a work in Lee’s abstract letter series.

The architectural guidebook can also be viewed online on the Korea Tourism Organization’s official website, english.visitkorea.or.kr.