[Jan-Werner Mueller] Truth and de-Trumpification under a Biden presidency 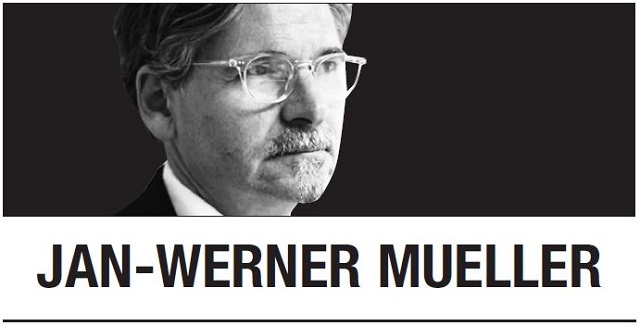 Among Democrats and many Republicans, there is a great temptation to dismiss US President Donald Trump’s administration as a bizarre aberration. Just as Republicans may try to blame the many transgressions of the past four years on Trump, hoping that their enabling role is quickly forgotten, Democrats might want to make a show of observing democratic norms, by graciously refraining from litigating the past. If so, upon the inauguration of President-elect Joe Biden, Trump and his administration are unlikely to be held accountable for their egregious record of corruption, cruelty and violations of basic constitutional principles.

Quite apart from political calculations, many observers from former Democratic presidential contender Andrew Yang to distinguished jurists and historians have argued that only tin-pot dictatorships pursue their vanquished opponents. With all-too-obvious motives of his own, US Attorney General Bill Barr has also opined that “the political winners ritually prosecuting the political losers is not the stuff of a mature democracy.” Yet these generalizations are too hasty. Trump’s “lock her up” slogan, directed against Hillary Clinton in 2016, should not be answered with “lock him up”; but “forgive and forget” is not the only alternative.

Americans need to distinguish among three issues: crimes Trump may have committed before assuming office; corruption and cruelty committed by him and his cronies while in office; and behavior that has exposed structural weaknesses within the broader US political system. Each requires a somewhat different response.

Historically, plenty of other countries’ transitions from authoritarianism -- or recovery from democratic degradation -- have been characterized by a willingness to leave former power-holders unpunished. As the political scientist Erica Frantz observes, 59 percent of authoritarian leaders who have been removed from power have simply gone “on to live their normal lives.” Nonetheless, in cases where new or restored democracies did not prosecute former officials, they often established truth commissions, offering amnesty in exchange for truthful information and confessions by the perpetrators of crimes. This approach was most famously pursued by post-apartheid South Africa.

The peculiarity of the current US situation is that Trump is already under investigation for possible crimes unrelated to his presidency. Both the Manhattan district attorney and the New York attorney general are investigating the Trump Organization for various forms of fraud. While ostensibly apolitical, Trump’s business practices foreshowed -- and overshadowed -- the shameless cronyism and corruption of his presidency. Even if he did not succeed in fully transforming the United States into a mafia state along the lines of Viktor Orban’s Hungary, that is largely beside the point.

Moreover, if the investigations into the Trump Organization were simply to be dropped upon his departure from office, the charge that they were mere political machinations would appear to be justified, especially considering that the law enforcement officials in question happen to be Democrats. On the other hand, if the investigations were to result in the incarceration of a former president, Trump’s gun-toting supporters might decide to take the law into their own hands; at a minimum, the country’s political divisions would deepen even further.

Bearing these risks in mind, there is no reason, in principle, why a political leader cannot be properly punished for a crime he has committed. Many leaders have been, and some have even returned to political life. Former Italian Prime Minister Silvio Berlusconi was forced to perform community service following his conviction on charges of tax fraud (his age brought a more lenient sentence). Today, he is sitting in the European Parliament, which makes it hard for anyone to claim that liberal judges simply wanted to silence the Cavaliere. But the point of enforcing the law was to send a clear signal that Berlusconi’s strategy of entering politics in order to gain immunity and distract from his shady business dealings would not become a precedent.

Then there is the question of Trump’s actual record in office. One can find plenty of deeply objectionable policies, but it would be a mistake to abandon what President Thomas Jefferson, upon succeeding his archrival John Adams in 1801, called “the safety with which error of opinion may be tolerated, where reason is left free to combat it.”

The same cannot be said for the corruption and systematic cruelty that the Trump administration has exhibited in its response to the COVID-19 crisis, and in separating children from their parents at the border. As the Harvard law professor Mark Tushnet has suggested, a commission of inquiry should be established to investigate policies and acts that went beyond incompetence into the realm of politically motivated malevolence. It is critical that we establish a proper record of these events, perhaps by offering leniency in exchange for candid accounts. The latter should help thinking about structural reforms, making at least quid pro quo corruption and blatant human-rights abuses less likely.

Finally, Trump has broken plenty of informal presidential norms, from the relatively trivial -- calling people names on Twitter -- to the serious: hiding his tax returns. As many US jurists have argued, a prudent response would be to establish a separate commission to study the structural vulnerabilities of the presidency. Such an investigation may find that many informal norms -- from financial transparency to relations with the Department of Justice -- need to be codified. There would be nothing vengeful about this particular approach. After Watergate, the US Congress enacted a series of important ethics laws, which both parties tended to accept.

This three-pronged approach need not distract from more urgent tasks of governance. Although it might require spending some political capital, the costs of inaction or breezily “moving on” could be even higher, as was arguably the case following Gerald Ford’s pardon of Richard Nixon (who never really did admit any guilt), and the leniency shown after the Iran-Contra scandal and the George W. Bush administration’s extensive use of torture in pursuing its “global war on terror.”

To be sure, plenty of Republicans might fight truth-seeking efforts tooth and nail. But others could use a public inquiry focused on improving US institutions to distance themselves from Trump. After all, they have already shown themselves to be nothing if not opportunistic.