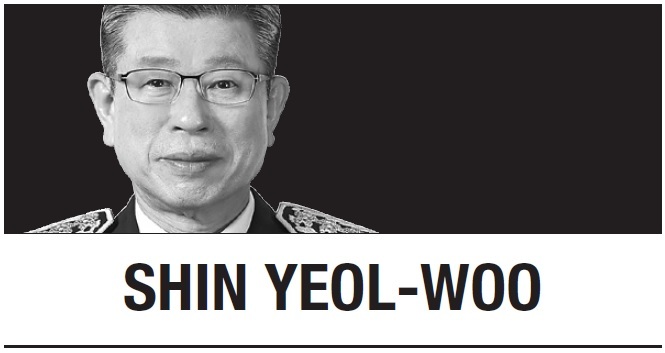 Defining the modern society as a risk society, risk management scholars insist one of the visible characteristics of the risk society is unidentified risk factors increasing while borders between countries disappear.

The COVID-19 crisis is a disaster explicitly showing such features. Since the virus is invisible, it is difficult to contain it. Having started from somewhere, it has put the entire globe into a pandemic.

It goes also the same to traditional disasters. The enormous amount of smoke generated from a large-scale forest fire crosses the border and blocks airways, causing disruption in the daily life of all global citizens. It has been already about a decade since the term “New Normal” appeared, but all of us clearly have felt its meaning, particularly this year.

Nowadays, it is difficult to control disasters only with the conventional system. Accordingly, a government especially responsible for the safety of its citizens is tasked with quickly adapting to and preparing for such changes.

Korea’s fire service administration also has tasks to swiftly adapt and prepare for unprecedented changes, a key organization in in-situ response to large-scale disaster. It has been enhanced while experiencing sad, painful large accidents in the midst of the economic difficulties since the Korean War. In the 1960s, we were in such poor condition that we had to remodel a military truck received from the US Army into a firetruck. However, we have made great advancements, even standing shoulder to shoulder with other advanced global countries.

The National Fire Agency was established in 2017 as an organization responsible for overall on-the-ground disaster response. The state-level, full mobilization system demonstrated its effectiveness in responding to the large forest fires in Gangwon Province and the COVID-19 crisis. Maintaining a safety level similar to that of Western European countries with the lowest fire death rates has resulted from the excellence of Korea’s fire service.

The biggest value and ideology we pursue are respect for life. In the humanitarian perspective, we have dispatched our rescue teams overseas 17 times since 1997. Korean nationals residing all over the world can receive emergency medical counseling service from emergency medicine specialists when they call the NFA or make contact via social media. This service is currently also available to deep-sea fishing vessel crew members. More than 2,500 crew members use this service and the number of its users is increasing more than 10 percent every year.

Furthermore, we have created and distributed our brochures in multiple foreign languages to foreigners dwelling in Korea in line with the era where the total number of foreigners living in Korea is 2.5 million. We also began promoting the education and service on safety via YouTube. The annual average number of foreigners using the 119 ambulance service is over 20,000. We newly established a special prize for Korean nationals residing overseas in the 119 Cultural Awards from this year and are visiting foreign schools in Korea to inform them of the 119 service.

Moreover, we are expanding the cooperative relationship with foreign embassies in Korea. We have donated firetrucks to developing countries, hosted an international exposition and regularly organized a joint symposium inviting foreign fire experts.

The future society is characterized as an era of diversity across all areas. Building a new framework suitable to the change in social environment and various life patterns and developing fire services relevant to a changing society are the most critical factors for Korea to lead global advanced fire services. While we are providing quality-centric safety service in organically close cooperation between the central and local government, the interest of many countries in Korea’s fire services is increasing further.