[Stephen L. Carter] The odds of a disputed election 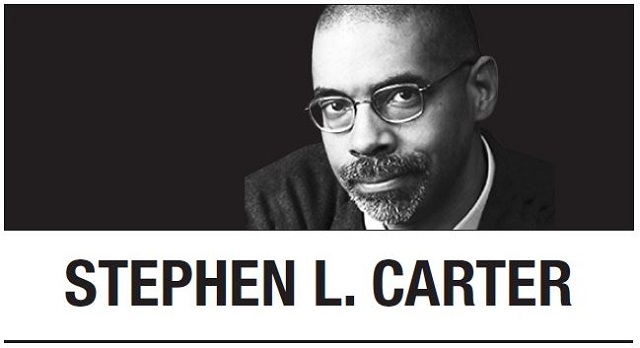 As Election Day nears, the possibility of a disputed presidential election is worrying a lot of people. You’ve heard the scenarios: An embittered Donald Trump loses but refuses to leave the Oval Office. An embittered Joe Biden loses but refuses to concede. Absentee ballots that arrive after Nov. 3 aren’t counted. Or they are counted. The angry left takes to the streets. The angry right takes to the streets. Lawyers take to the courts.

Whatever goes wrong -- and chances are something will -- we will likely be having an argument over the vote count.

Into the pre-election turmoil comes a useful new analysis from the economists Michael Geruso and Dean Spears of the University of Texas, who study and model presidential elections. Last September, I wrote about an earlier paper in which they argued that inversions -- where one party wins the popular vote and the other the electoral college -- are far more likely than we think.

This time around, Geruso and Spears are warning of a significant chance that the presidential election could be swung by a few thousand disqualified ballots. Their conclusion is stark:

We find that it is much more likely under the Electoral College system than under a hypothetical National Popular Vote that the election outcome will be narrow enough to be reversible by judicial or administrative processes.

How much more likely? The authors performed 100,000 simulations of every presidential election from 1988 through 2016, and found that the chances that the outcome turns on fewer than 10,000 votes in a single state is 4 percent under the Electoral College system but only 0.1 percent under a national popular vote. In other words, the chances that local election officials (or judges) can sway the national result by tossing (or including) a few thousand ballots are 40 times greater with the Electoral College.

Think 4 percent isn’t much? Consider the study’s further conclusion that “the probability that the Electoral College is decided by 20,000 ballots or fewer in a single, pivotal state is greater than 1-in-10.” That’s right: There’s a 10 percent chance that the vote count in the state on which the national outcome turns will be that close.

Twenty thousand isn’t an unusually large number of votes for state officials or judges to disqualify. As the authors remind us, in the 2016 presidential contest, Florida rejected almost 22,000 absentee ballots; Arizona disqualified close to 11,000; and Ohio tossed out more than 10,000.

True, in none of those states was the margin of victory that small, and there’s no reason to think that a strong majority of those rejected ballots were cast for one side or the other. But that was 2016. This year, as the nation votes in the middle of a pandemic, a record number of absentee ballots are expected to be cast, most of them by Democrats. In 2020, local officials called upon to figure out which votes to count will find themselves more than ever the center of controversy, with skeptical partisans looking over their shoulders and pouncing on the smallest possibility of error.

Geruso and Spears point out that the Electoral College system is more likely to lead to a disputed result if there is a “tipping point state” -- a state that, had it gone the other way, would have led to a different result. Think Florida in 2000, or Ohio in 2004: Had George W. Bush lost either, he would have lost the election.

But tipping point states, the authors note, played quite different roles in those two elections. In 2000, the Florida vote was incredibly close, the state being decided by a contested 537 votes. In 2004, Bush’s victory in Ohio was never in serious question. The likelihood that the election will turn on disputed votes is highest when the result in the tipping point state is close.

The obvious conclusion from all of this is that were we to replace the Electoral College with a system choosing the winner through popular vote, the chances of a disputed result would be much smaller. Point taken. I remain a fan of the current system nevertheless, for all the usual reasons -- particularly because the US is geographically diverse, with vastly differing views and interests as you travel from one region to the next. A national popular vote system makes it unnecessary to take regional diversity into account. That would be a loss for democracy.

But even if you think I’m wrong about that, we can surely agree that a disputed election is undesirable. As Geruso and Spears point out in an early footnote, if elections help us process our conflicts without violence, “A tendency to extremely narrow outcomes, in practice, is likely to be a condition that interrupts such processing.” They’re right: If the margin of victory in any state falls within what people instinctively take to be the margin of counting error, they’ll never believe that their candidate lost.

True, it’s not likely that we’ll live to see a pivotal state turning once more on as few votes as Florida did twenty years ago. Assuming that we continue to hold presidential elections every four years, the authors put the chances of 537 votes in a single state deciding the election at 1 in 50,000. But 20,000 votes? That seems plausible.