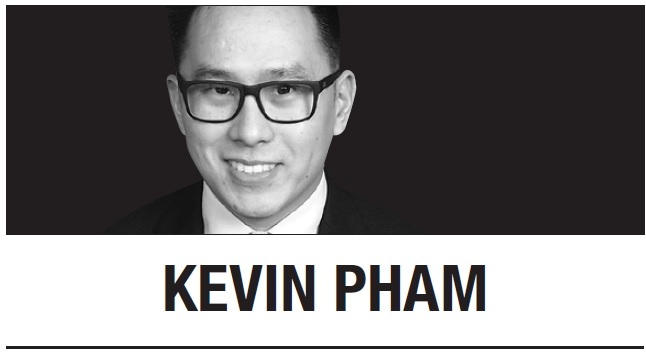 As the pandemic wears on, month after month, it’s easy to assume nothing much has changed. But it has. We’re making more progress than many people may realize.

Take Regeneron. President Donald Trump recently spoke of his efforts to usher this new therapeutic drug through the process for emergency use authorization and to make it available to the public, free of charge. This synthetic antibody medication was part of the president’s treatment plan when he was recently sickened with COVID-19.

His seemingly complete recovery is remarkable, considering he’s an older man with a less than ideal body weight.

Regeneron is just one example of how much things have changed since March. We’ve learned a great deal about SARS-CoV-2 since it first reached America, including how to treat the disease and minimize mortality.

For example, we’ve learned that the lethal part of the disease process is largely due to a deranged inflammatory process known as a “cytokine storm,” and that steroids, which counteract inflammation, have been shown to reduce the risk of death.

We’ve also learned who is at the greatest risk of dying due to COVID-19, with the CDC recently publishing a list of conditions most associated with mortality, as well as its “best estimate” of infection fatality rates by age, based on data from around the world. The agency estimates that the chances of death are small to infinitesimal among infected people under age 50 and that those rates rise to around 0.5 percent (5 deaths per thousand infected people) for people between the ages of 50 and 69. The fatality rate is 10 times higher -- 5 in 100 -- for people over 70 who acquire the infection.

These are estimates derived from global data applied to the American population and fit in perfectly with what we have observed -- namely that the elderly, especially those in nursing homes, account for nearly 80 percent of deaths due to COVID-19. This is information we did not have at the beginning, but gained it at tremendous cost.

We can see the real-world effects of our increased understanding of the disease. In the early phases of the pandemic in America, the peak average daily deaths was 2,113 on April 21. Following the massive spike in cases that reached a daily case rate of more than 60,000 a day, the peak average daily deaths was 1,142 on Aug. 1. Thus, between the spikes earlier on and later in the pandemic, peak daily mortality decreased by more than 1,000 deaths.

In other words, between April and July, peak daily mortality decreased by 46 percent.

We can still do better, but it’s clear that we’ve made tremendous progress against the virus. Back in March, when the White House first announced the “15 Days to Slow the Spread” initiative, as well as the subsequent 30-day extension, the aim was always to break the acceleration of the spread of COVID-19 and to buy time for health systems and health sciences to catch up to the fast-moving virus.

The aim was never to achieve zero case transmission at the cost of every other aspect of our lives, and yet that’s what numerous governors and mayors have intimated as their intention.

The great and beleaguered city of New York, for instance, only began to allow indoor dining with tight restrictions on Sept. 30. Less than a week later, both Mayor Bill de Blasio and Gov. Andrew Cuomo announced closures of restaurants in certain areas deemed to be spiking in cases.

This may have been reasonable in the early phases of the pandemic, when the New York City metropolitan statistical area alone was responsible for the overwhelming majority of mortality in the country, but New York has not averaged more than 10 deaths per day since early July.

New Yorkers deserve a lot of credit for suffering the brunt of the pandemic, and for maintaining a remarkably low mortality rate for the past few months. They deserve some degree of stability and certainty, and they deserve better than the uncertain fits and starts to their reopening efforts. This abject failure of leadership is cruel to New Yorkers and is slowly killing the greatest city in the history of the world.

We’ve come to learn a great deal about this virus at a great cost, but we have already seen the harshest outcomes of the disease blunted by advances in COVID-19 treatment and management. Looking forward, we have existing drugs that have been shown to reduce mortality, new therapeutics that will be authorized and vaccines right around the corner.

It is no longer March. It’s time we start acting like it.