Percentage of apartment purchasers in Seoul who are in their 30s 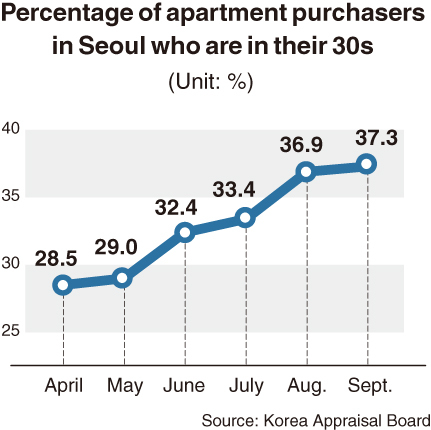 According to the Korea Appraisal Board this week, the number of people in their 30s buying apartments in Seoul continued to rise last month.

Other data has shown a surge in mortgage loans for housing, in step with the trend toward younger people purchasing homes.

The Korea Housing Finance Corporation said earlier this month that its flagship “bogeumjari” mortgage loan program designed for lower-income households had provided loans worth over 23 trillion won as of the first half of this year, 6.5 times more than the corresponding figure a year earlier.