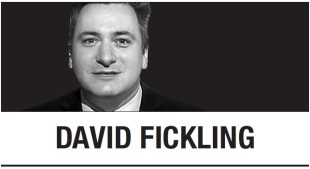 A landslide victory means Ardern could govern with the first outright majority since her country adopted proportional representation in the 1990s, with her Labour party on track to win the largest share of the vote in 70 years.

That’s a remarkable turnaround. At the time New Zealand went into one of the world’s most stringent lockdowns in late March, she’d been mostly trailing the opposition National party in opinion polls for nine months.

Shutting down the economy at a time when there’d been just 102 cases was a political gamble, but one that’s paid off. The toughest restrictions lasted just a month, and despite a small flare-up of cases in August, life is now normal enough that Ardern’s partner shared home-cooked snacks with reporters gathered outside her house waiting for the election result:

Quarantine is still in place at the border and people are exhorted to wash their hands and wear facemasks on public transport, but the level of formal restrictions now is lower than in Sweden, which has followed a more laissez-faire approach.

Visits to retail and recreational venues, which are down compared to pre-pandemic levels by 28 percent in the UK and 16 percent in the US, are up 4 percent, according to location data from Alphabet Inc.’s Google. After wobbling during the country’s two brief lockdowns, credit and debit card spending in retail stores was running roughly in line with last year’s numbers by September.

The argument against lockdowns has always been that they do damage -- especially to people on lower incomes who are least able to make the adjustments, like working from home, that have helped white-collar workers cope.

That’s true, but it’s all the more reason to make the shock short, sharp and early. Half-measures just prolong the crisis and give the epidemic an opportunity to resurge in future. Are Europeans and Americans, now facing another wave of infections, really in a better public health situation than citizens of China, Taiwan, Vietnam and South Korea, whose governments dealt aggressively with the pandemic at an early stage?

In Australia, case numbers were running at similar levels to those in the UK when the main epicenter in Victoria state imposed strict lockdowns in late June. The country is now seeing daily case numbers in the single digits, compared to the tens of thousands being reported in Britain, and Victoria’s premier has maintained majority support in polls despite months of severe restrictions.

"The argument is strong for countries adopting a so-called zero-Covid strategy” like that in New Zealand, a team of authors in Singapore, Hong Kong, the UK and Norway argued in medical journal The Lancet last month.

Given the apparent political dividends, it’s surprising that more governments haven’t attempted such a policy. President Donald Trump appears to be heading toward a historic defeat in next month’s US presidential election. Less than a year after a landslide election win, UK Prime Minister Boris Johnson is within a whisker of being overtaken by the opposition on poll averages. Even Sweden’s historically dominant Social Democrats have seen their poll standing sliding since the summer, as the promise of growing immunity has receded.

New Zealand clearly has some inbuilt advantages. It scores highly in surveys of public trust, as do the Nordic countries and (surprisingly) China. Societies led by women -- a quality it shares with Taiwan and Germany -- also seem to have coped particularly well.

At the same time, the politics is far from straightforward. Ardern’s Labour Party was in coalition with the Trump-style New Zealand First party and depended on votes from the left-wing Greens to get legislation through parliament. Despite the country’s geographic isolation, lockdown isn’t a particularly easy choice. Among wealthy countries, few are more dependent on tourism as a share of gross domestic product.

Trust in government also isn’t a given, but a long-term project that countries need to work at fostering, as my colleague Noah Smith has argued. Take the US After plummeting from postwar highs during the turbulent 1970s, trust rose strongly under the Reagan and Clinton administrations, just as economic growth delivered benefits to ordinary people, according to a long-running survey from the Pew Research Center.

That’s a telling correlation. As in many previous pandemics, much of the strongest push against social distancing measures has been on behalf of businesses that suffer most immediately from a locked-down economy. That motivation can be salutary when infections are on the wane -- but when disease is running rampant, you risk a situation where the state fails to take necessary control measures for the sake of the economy, while citizens reduce their activity anyway for fear of infection. As my colleague Tyler Cowen has argued, none of us will get back to a free and open economy unless we first deal with the pandemic.

Governments have a choice whether to act on behalf of their citizens or not -- and with interest rates at historic lows, there’s little stopping them from borrowing the money to make it through this crisis. With more than a million dead, their passivity in the face of this outbreak has had a terrible human toll. When elections roll around again, voters won’t thank politicians who were prepared to sacrifice them for the sake of a smaller budget deficit.