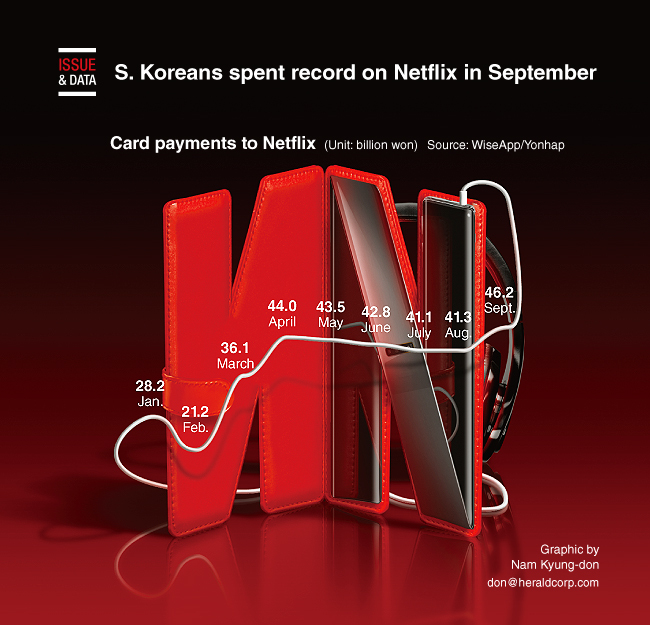 An estimated 3.36 million people here spent the record amount in September on the popular video streaming platform, according to app tracker WiseApp’s data based on local payments made through credit and debit cards on Netflix.