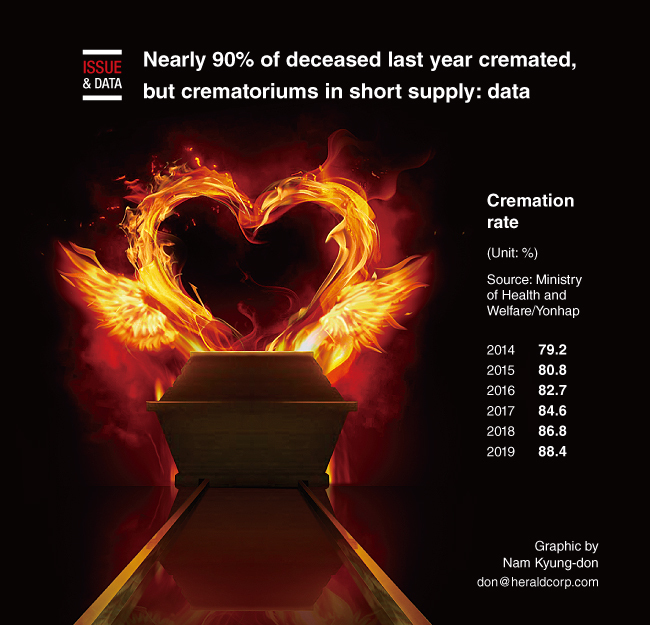 Nearly 90 percent of those who died last year were cremated, but crematorium services in South Korea are falling short of the growing demand, government data showed.

According to the Ministry of Health and Welfare data submitted to Rep. Nam In-soon of the ruling Democratic Party, the bodies of 260,920, or 88.4 percent, of the 295,107 people who reportedly died last year were cremated.