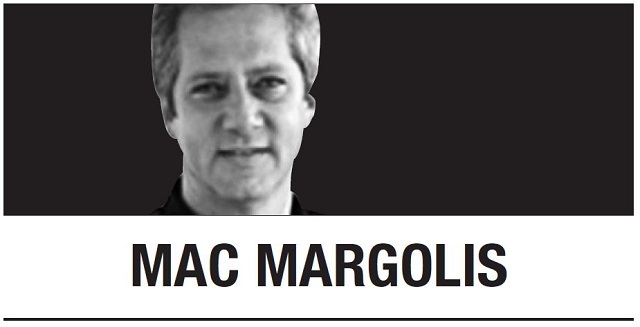 Latin America responded ambitiously, if not always efficiently, to the coronavirus pandemic, with many countries spreading cash, credit and tax deferrals to vulnerable companies and households. The emergency stimulus has injected bountiful resources into listing economies -- 12 percent of gross domestic product for Peru, 18 percent in Brazil, 5 percent in Argentina -- and helped those who were already struggling as well as 45 million more at risk of falling back into poverty. It has reduced job losses, eased income inequality and avoided even more calamitous falls in markets and wellbeing.

But as this year’s crash turns into a sick post-pandemic recovery, the emergency largesse has created a dilemma for several governments. How to wean nations from spending that has been a social blessing but could end up a fiscal curse?

Brazil is both a standout and a cautionary tale for the transition ahead. Having entered the pandemic with far more spending power than its overextended hemispheric peers, the nation of 210 million people is now patient zero for the giving trap. President Jair Bolsonaro, a committed pandemic skeptic, was a reluctant convert to emergency bailouts, low-balling the federal cash offer at the beginning of the outbreak. Then, with the economy careening, and loath to be outdone by a famously check-kiting congress, he tripled the ante, raising the emergency assistance offer threefold, to around $108 a month. Female heads of households draw double that amount.

Cash transfers became the centerpiece of the government’s coronavirus “war budget,” spending for which is on track to hit 4.6 percent of GDP this year, the International Monetary Fund reported on Oct. 5. That’s 10 times what Brazil spends on Bolsa Familia, the country’s signature cash transfer program -- which Bolsonaro once disparaged as a handout to deadbeats. Seven months on, however, COVID cash is almost the only thing he talks about.

Who could blame him? The torrent ($57 billion and counting) has reached nearly a third of the Brazilian population (67.7 million) and pumped life into some of the country’s most prostrate regions. Some 15 million Brazilians climbed out of poverty from 2019 to August 2020 as the overall poverty rate fell by nearly 24 percent, the fastest improvement in bottom-up social mobility in four decades, economist Marcelo Neri of the Getulio Vargas Foundation told me.

Analysts credit the emergency assistance with preventing an outright economic collapse. In another unexpected bonus, the supplemental cash also helped keep Brazilians safe, persuading millions of the lowest income earners to stay at home rather than risk infection by hitting the pavement to hawk snacks or pursue odd jobs, Neri found. That’s a salutary win-win in a country where the comfortable classes flout health protocols at the nearest bar.

Better still, even as the virus threatened lives and livelihood, the handouts boosted Bolsonaro’s own underwhelming job ratings to levels not seen since he took office 19 months ago. In a political culture imbued with largesse oblige, perhaps it’s no surprise that Bolsonaro now wants to make the gift permanent.

To keep the money spigot on, Bolsonaro will either have to cut expenses or raise taxes. Either solution is politically toxic for a leader trying to ingratiate himself among voters slammed by illness and a stricken economy. So, too, is the alternative of busting Brazil’s government spending cap, the bitterly fought 2016 constitutional amendment that confined increases in total federal outlays to no more than the previous year’s inflation. The landmark bill helped reassure investors, allowing Brazil to reduce lending rates and so inflation to record lows. Yet Bolsonaro has yet to say convincingly that the ceiling’s the limit.

“Bolsonaro wants it both ways,” former Brazilian finance minister Mailson da Nobrega told me. “He wants to retain popularity but without forfeiting any political capital. The problem is, that world doesn’t exist.” Trying to play both the miser and the magician has pitted Brazil’s business-friendly Economy Minister Paulo Guedes against Regional Development Minister Rogerio Marinho, whose budget-be-damned allies in congress are Bolsonaro’s political lifeline.

The result is policy cacophony, which has not been lost on investors. Markets have been tolerant of budget-busting because of the pandemic’s brutal impact and because every country in the world is spending beyond its means. But that forbearance isn’t guaranteed, not least for a country with official IOUs projected to reach 100 percent of GDP this year. “Brazil is recovering faster than almost any other country,” said Carlos de Sousa, lead emerging markets economist for Oxford Economics. “However, if you expand spending to make the stimulus permanent when you are already on an unstable debt trajectory, you’ll destroy market confidence.” Tellingly, Brazil is borrowing money on a shorter leash, with the average maturities on public debt falling by half since January.

That’s bad news for Latin America’s biggest country, which limped into the pandemic -- with one of the weakest recoveries globally in the last 50 years, according to the IMF -- and may limp out of it little better unless the profligacy ends. Even as the IMF said that more fiscal stimulus might be necessary, it warned of the need to maintain the budget cap and pursue structural reforms. As Adriana Dupita of Bloomberg Economics noted, “Should Bolsonaro and his economic team abandon fiscal discipline in order to boost short-term growth, they may end up with a weaker currency, higher inflation, higher interest rates -- and still no growth.”

Brazil has been there before, in 2016, when a willful government tried spending its way to prosperity through “creative accounting” and fiscal self-dealing. The result was the worst recession on record and an ugly partisan clash that delivered the young democracy its second impeachment in 24 years. An exultant Bolsonaro rode the civic revolt into office promising straight talk, clean government and capitalist redemption. Now, apparently, he risks squandering all that by swooning to the same fiscal folly. “If he abuses spending power, he too could find himself out of power,” said Sousa. In Brazil, it’s never far from booyah to basta!


By Mac Margolis
Mac Margolis is a Bloomberg Opinion columnist covering Latin and South America. He was a reporter for Newsweek and is the author of “The Last New World: The Conquest of the Amazon Frontier.” -- Ed.