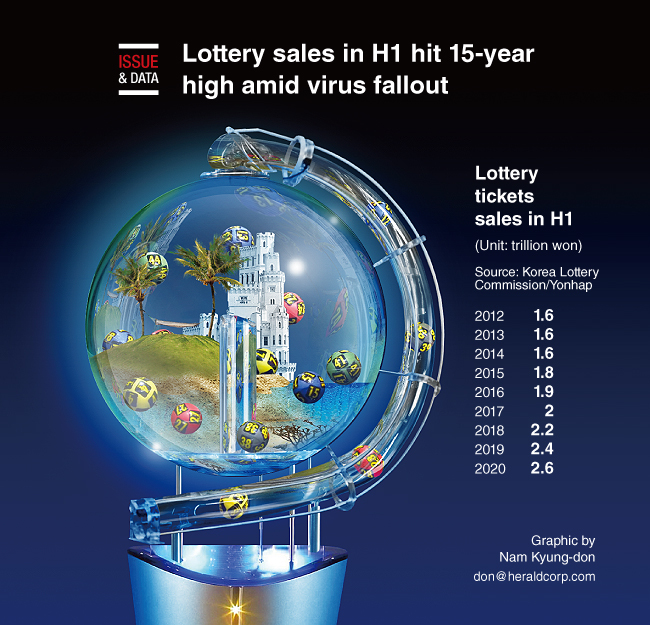 Lottery sales in South Korea hit a 15-year high in the first half of the year amid the economic fallout from the coronavirus pandemic, government data showed.

Sales of lottery tickets were tallied at 2.6 trillion won ($2.2 billion) in the January-June period, up 11.1 percent from a year earlier, according to data from the Finance Ministry and the Korea Lottery Commission.

The figure is the largest for the first half since the ministry started releasing data on lottery sales for the first six months of a year.

The first-half growth rate marks the highest on-year increase since the 17.7 percent surge in 2012. (Yonhap)