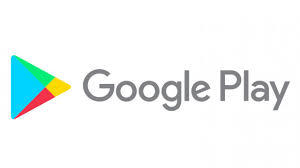 Google said Tuesday that the company is updating its billing policies to require app developers distributing software through Google Play Store to use its own in-app payment system.

All developers who are already distributing their software will have to use Google Play Store’s in-app purchase system instead of third-party payment systems, starting in October next yaer.

The billing system charges a 30 percent fee to app developers.

As for developers newly launching their applications on the platform, they will be required to use the payment system starting on Jan. 20, according to the announcement.

Google said that the detailed policies, however, do not change the intention of the existing guidelines. The new policies will affect only around 3 percent of developers globally who are not currently complying with their rules, according to Google.

Purnima Kochikar, director of Google Play, Apps & Games at Google, said that number is only around 2 percent of developers in South Korea, who are not complying Google’s billing policies, during an online media conference held Tuesday. Kochikar added that the impact of the changed policies here will not be significant given the proportion.

Kochikar added that Android-based smartphones, for example, have always allowed developers and customers to choose which app store platforms to use, dismissing concerns that Google is using its market clout to charge high commissions.

Meanwhile, Google announced that the company has forged the 115 billion-won “K-reate” fund to provide financial support to local developers and content creators over the next year.