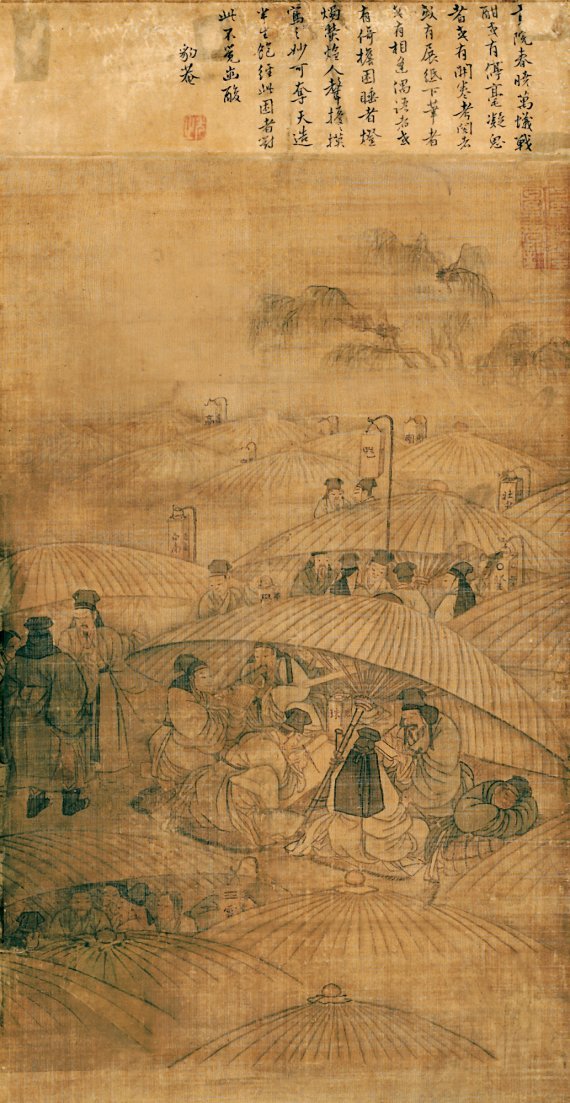 "Genre Painting” by Kim Hong-do (Seoul Auction)
A rare painting by Korean folk painting master Kim Hong-do from the Joseon era (1392-1910) has returned to Korea after decades, finding a new owner in the home country.

Among three entities competing over the painting, the Ansan city government in Gyeonggi Province won, becoming the owner of the artist’s seventh painting.

In the painting, the test-takers cheat in various ways to pass the exam. The work includes a poem written by Gang Se-hwang (1713-1791), who was a government official at the time, for a better understanding of the work.

“We decided to participate in the bidding because it is such a meaningful painting in terms of art history,” an official from the city government told The Korea Herald. “There are not many paintings of such kind, and it is known to be Kim Hong-do’s sole painting that depicts the scenery of a state exam.”

The painting was purchased by a US soldier who had stayed in Busan during the Korean War (1950-1953) and was taken to the US when the soldier returned home. Later, a US collector, who bought the work from the soldier, owned it, according to Seoul Auction.

The city government runs Danwon Art Museum, founded in commemoration of the great artist, but whether the painting will be kept at the museum is still in discussion. The city government’s annual budget for such art ranges from 500 million won to 1 billion won.