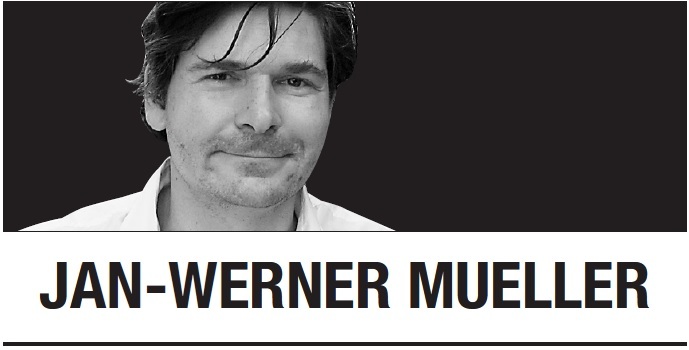 Around the world, right-wing populists are hollowing out democracy and the rule of law. But unlike many 20th century dictators, today’s aspiring authoritarians have tried to preserve the facade of the institutions they are destroying, which creates a dilemma for opposition parties. Should they play by the rules of a game that is rigged against them, or should they start writing their own rules and risk accusations of being liberal democracy’s real gravediggers?

The conventional wisdom has been that violating norms simply accelerates the destruction of democracy. But constitutional hardball is appropriate under specific circumstances. When autocratic legalists use the letter of the law to violate the spirit of democratic institutions, their opponents should do the opposite.

In many countries under right-wing populist rule -- think of Hungary or Poland -- there is no unified opposition, and parties can propose a variety of policies as alternatives to what the government offers (and not everything that a right-wing populist regime does is authoritarian per se). But when basic political principles are at stake, the opposition absolutely must unite and clearly signal to citizens that the situation has moved beyond run-of-the mill political disagreement.

In the United States, the Republican Party’s effort to abolish the Patient Protection and Affordable Care Act (“Obamacare”) is cruel and incoherent, but it predates Donald Trump’s presidency, and its success would not represent the end of American democracy. By contrast, the Trump administration’s brazen defiance of congressional oversight is not just a case of “politics as usual,” but rather an attack on what the political philosopher John Rawls called “constitutional essentials.”

To be sure, distinguishing between ordinary policy disputes and threats to the system is more of an art than a science. If it is done convincingly, it can stanch the spread of cynicism among the electorate. But such a strategy assumes that citizens can be persuaded with arguments about constitutional commitments that all democrats ought to share.

That is a perilous assumption, given that media pluralism has been radically reduced in many countries. Under Hungarian Prime Minister Viktor Orban and Turkish President Recep Tayyip Erdogan, attacks on independent television stations and newspapers are now commonplace. And in the US, Republican voters have cocooned themselves in a media ecosystem dominated by Fox News and other right-wing propaganda channels.

But even if all voters were receiving accurate information, some still might be inclined to put partisanship above the protection of liberal democratic institutions. One of the most depressing findings in political science in recent years is that citizens often put their partisanship first even when they recognize that right-wing populists pose a threat to democracy. In other words, they are ready and willing to trade away democracy itself to satisfy personal policy or ideological preferences.

Such cynicism is not a reason for opposition parties to give up on appealing to voters’ consciences. But it does require the opposition to recognize that its audience includes not just potentially persuadable voters, but also right-wing populists and their opportunistic allies. In addressing the latter group, the point is not to shame the shameless, but to fight fire with fire.

In the US, for example, Republicans have benefited from a clear asymmetry. While the Republican Party will do anything to claim and hold on to power, Democrats have remained committed to the spirit of the rules, even holding out hope for bipartisanship. But if Republicans believed that the Democrats, too, would start pushing the limits, they might change their own political calculus.

Consider the dilemma Democrats now face following the death of Supreme Court Justice Ruth Bader Ginsburg. In rushing to fill the vacant seat with a conservative hard-liner, Senate Republicans are not even pretending to preserve any consistency with the positions they took in 2016, when they flat-out refused to consider President Barack Obama’s Supreme Court nominee, Merrick Garland, citing that year’s coming presidential election.

Democrats must recognize that today’s Republican Party is not only anti-Democrat but also anti-democratic. Republicans have pledged fealty to an authoritarian leader and no longer even feign interest in solving actual problems -- they could not even be bothered to offer a platform at this year’s Republican National Convention. With its highly unpopular, plutocratic economic policies and reliance on white resentment, the Republican Party has fully committed to being a minority party, which is why it has sought to entrench itself in nonmajoritarian institutions like the Senate (where rural voters hold vastly disproportionate power) and the courts. Nor is it above blatant voter suppression to prevent non-whites from casting ballots.

If the Democrats want to force Republicans to act differently, they must sanction every one of these norm violations severely. If the Republicans try to ram through a Supreme Court nominee within the next few weeks, the Democrats should bring Senate business to a halt by objecting to all routine unanimous consent requests; they also should be drafting credible plans to expand the size of the Supreme Court in the event that they return to power.

Would these hardball tactics deepen the country’s political polarization and trigger a downward spiral of norm violations? Polarization could hardly be deeper than it already is. But, more to the point, not all norms are the same, or even properly normative. Trump broke the “norm” of having a pet (usually a dog) in the White House, but that is hardly a matter of fundamental democratic principles.

By contrast, there are Democratic proposals to make the Senate more representative by abolishing the filibuster and granting statehood to Puerto Rico and Washington, DC. These measures absolutely would reflect democratic principles, and they would be fully justified in the name of equality and freedom, as would stronger protections for voting rights. Of course, Trump’s chief enabler, Republican Senate Majority Leader Mitch McConnell, views any such pro-democracy proposal as a partisan power grab. But that is because he can think in no other terms. He is fully committed to the tyranny of the minority -- the very outcome that America’s founders sought to prevent.

Yes, the decision to play constitutional hardball must never be taken lightly. But it must be taken when fastidious adherence to norms for the sake of democracy hands democracy’s enemies certain victory.