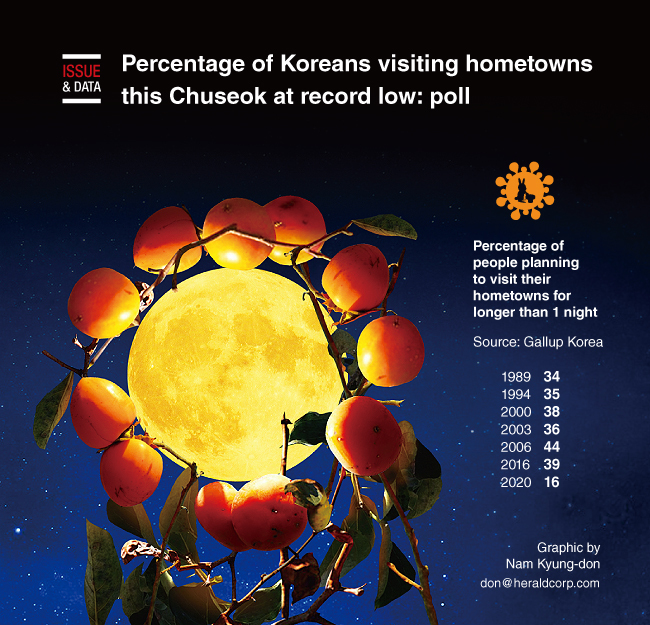 Record-low numbers of South Koreans are expected to visit their hometowns or travel during the upcoming Chuseok holiday amid lingering coronavirus fears, a poll showed.

In the survey of 1,000 adults nationwide conducted by Gallup Korea early last week, 81 percent said they had no plans to leave their homes for more than one night during the Chuseok holiday, the Korean version of Thanksgiving, which runs from Sept. 30 to Oct. 2 this year.

According to Gallup Korea, only 16 percent of the survey respondents revealed plans to visit their hometowns for longer than one night during Chuseok, the lowest percentage since the pollster began asking the question in 1989. (Yonhap)