[Graphic News] Minorities made up 78% of US COVID-19 pediatric deaths: study 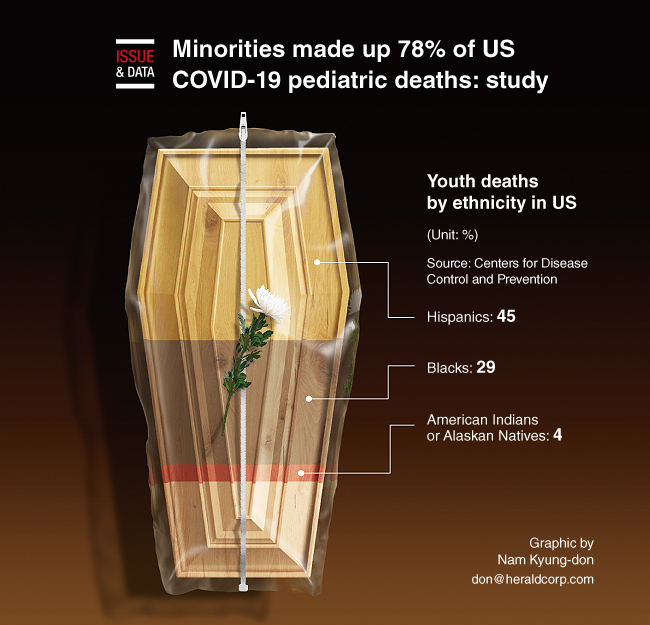 Racial minorities accounted for 78 percent of COVID-19 deaths under the age of 21 in the United States between February and July, a government report said.

Out of 121 deaths among under-21s, 45 percent were among Hispanics, 29 percent among blacks and 4 percent among American Indians or Alaskan Natives, according to the study by the Centers for Disease Control and Prevention.

Together, these groups represent 41 percent of the US population under 21.

Overall, mortality among children and youths is far lower than adults: The CDC identified 392,000 coronavirus cases in the time period, which was 8 percent of the total figure, and only 0.08 percent of all deaths. (AFP)