[Daoud Kuttab] The Arab betrayal of the Palestinian people 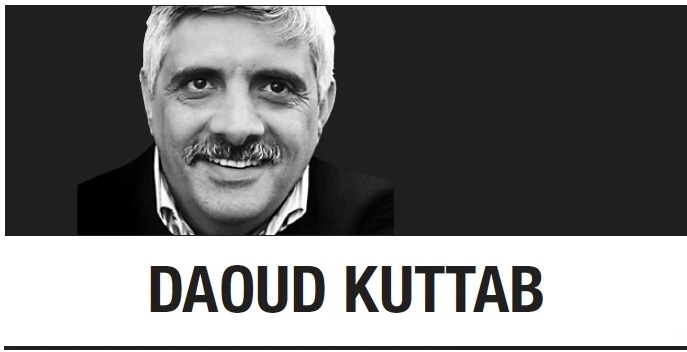 It is normal for countries with deep disagreements nonetheless to maintain diplomatic, trade and commercial relations. Yet there are also circumstances when such relations are regarded as nonstarters. That is certainly the case for most countries vis-a-vis North Korea, but it also describes America’s previous stance on Cuba, and now Venezuela, as well as Israel’s policy on Iran, Saudi Arabia’s on Qatar, and much of the Arab world’s on Israel.

Given the importance of dialogue between countries, there is always a question of when to pursue or end normal relations with a “bad” actor. Historically, governments have cut ties with countries that have repeatedly violated international norms, carried out genocide and other atrocities, or whose behavior otherwise merits punishment. Obvious examples include Nazi Germany, the Soviet Union when it tried to deploy nuclear weapons in Cuba, and Iran, a country whose leaders routinely call for Israel’s destruction.

But if violating international norms, peddling racist rhetoric and abusing people under one’s control constitute grounds for refusing normal relations with a country, aren’t Arab and majority-Muslim countries justified in their historic approach to Israel? While Israel acts democratically toward its Jewish citizens, its policy toward non-Jewish citizens and its decadeslong occupation and colonization of Palestinian territories have been flagged by the United Nations as violations of international law.

Still, Arab and majority-Muslim countries’ long-standing policy on Israel has always been subject to change in the event that certain conditions are met. The Saudi-initiated Arab Peace Initiative -- which was passed unanimously in 2002 and later adopted by the Organization of Islamic Cooperation -- offers diplomatic normalization in exchange for Israel’s withdrawal from the areas it seized in 1967.

Here, Israel is merely being asked to abide by international law. As the UN Security Council made clear in Resolution 242 (1967), there is a global consensus on the “inadmissibility of acquiring land by war,” and Israel is therefore obligated to withdraw from the occupied territories, and then to resolve the Palestinian refugee issue that was created when Israel was established in 1948.

Even on this thorny issue, Arab and majority-Muslim countries were extremely forthcoming, agreeing that the “achievement of a just solution to the Palestinian Refugee problem (would) be agreed upon in accordance with UN General Assembly Resolution 194.” In other words, the Arab League went so far as to give Israel a veto over how this inalienable right would be implemented under its proposed settlement.

Before the Arab Peace Initiative was even presented, the New York Times columnist Thomas L. Friedman signaled his disbelief that Arabs would devise such a moderate proposal. In an interview with Saudi Arabia’s Abdullah bin Abdul Aziz al-Saud, Friedman outlined his own aspirational plan for peace, and the crown prince joked that the ideas were so similar that Friedman must have broken into his desk and stolen his prepared remarks.

Despite the framework being aligned with international law and moderate enough for any mainstream Israeli party to consider seriously, Israel not only rejected the plan but went on to make the situation even worse. Under the watch of the Israeli army, the construction of illegal Jewish settlements was stepped up, and even more Palestinian homes were bulldozed to make way for them. And since then, Israel’s right-wing government under Prime Minister Benjamin Netanyahu has begun to countenance the outright theft -- through annexation -- of even more Palestinian territory.

With such belligerent leadership in Israel, many in the region and beyond were surprised by the United Arab Emirates’ decision to normalize relations with Israel. With a population of just 1.4 million nationals, the UAE is breaking with a global consensus held by 423 million Arabs and 1.8 billion Muslims. A month after the UAE’s decision, Bahrain, with just 1.6 million people, announced that it would follow suit.

UAE leaders argue that engagement with Israel will improve the chances of achieving an acceptable peace settlement and ending the occupation, noting that Israel has already agreed to suspend its planned unilateral annexation. But the collective experience of Palestinians and Arabs who have made peace with Israel in the past shows that this argument is hollow. If anything, the UAE’s overture will enable Israel to harden its position.

After all, it didn’t take long for Netanyahu (who is facing corruption charges and thus is desperate for political cover) to declare that “annexation is still on the table.” The UAE’s olive branch, he pointed out, proves that Israel doesn’t have to give up land for peace, as former US President George H.W. Bush once suggested. Netanyahu reiterated this position when Bahrain expressed a similar position to that of the UAE.

In short order, Netanyahu’s boastful statements totally destroyed the UAE’s justification for its decision. Perhaps to signal his displeasure, Emirati Crown Prince Mohammed bin Zayed al-Nahyan has said he will not attend a hastily organized signing ceremony in Washington. But the UAE is not backing away from the agreement, and the Arab League has not condemned its decision to abandon shared principles and commitments.

Needless to say, US President Donald Trump’s administration and the Netanyahu government are delighted to have “flipped” an Arab country without any need for meaningful Israeli concessions. To be sure, Israel and the UAE and Bahrain do not have any land disputes of the kind that stood in the way of similar agreements with Egypt and Jordan in the past. Yet those agreements are proof that normalizing relations with Israel does not advance the cause of peace. While peace and normalization obviously cannot be pursued without dedicated leaders, the process also needs the support of the people involved.

For their part, Arabs and Palestinians long for normal relations with Israel, but only after the occupation has ended. When one party is a military power with even more powerful friends, peace must be reached through a just settlement, not unilateral action. A country that serially violates human rights and international treaties should not be rewarded with normal relations, even from tiny Arab gulf countries.