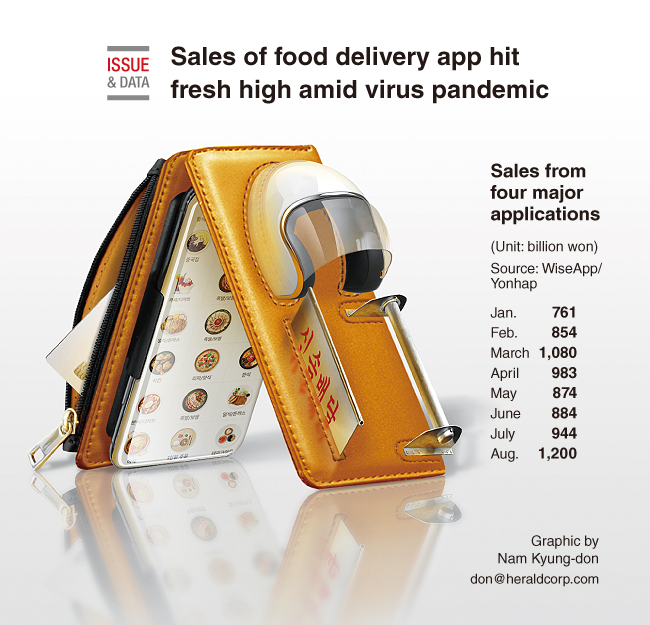 The combined transactions made through the country‘s four major food delivery applications came to 1.2 trillion won ($1 billion) in August, up 28 percent from a month earlier, according to the industry tracker WiseApp.