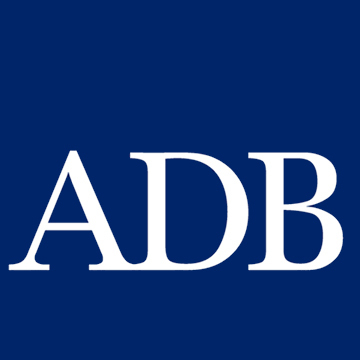 The Asian Development Bank said Tuesday that South Korea’s economy would likely contract 1 percent on-year in 2020 due to the COVID-19 pandemic, but grow 3.3 percent next year on the back of the global economic recovery and local fiscal spending.

In its revised set of growth projections for the Asian region, ADB maintained its earlier forecast for Asia’s fourth-largest economy, while cutting the region’s overall growth outlook for this year to a contraction of 0.7 percent from the 0.1 percent growth scenario projected in June.

This will mark the first time since 1962 that developing Asia -- referring to 45 countries in Asia-Pacific -- will face an economic downturn.

Maintaining their previous economic outlook in the East Asian zone were South Korea, China, Taiwan, Hong Kong. Also, China and Taiwan, along with Vietnam, were the only three countries in developing Asia to anticipate positive growth this year.

India, which has seen a soaring number of confirmed patients over the past months, was predicted to see its economy shrink by 9 percent this year and regain 8 percent next year, marking the steepest fall and fastest recovery among Asian states.

The September ADB report described that the Korean economy “is now projected to contract in 2020 but grow strongly in 2021 as the world economy recovers,” adding that the country’s third supplementary budget will further boost the momentum.

The Korean government has recently gestured to add yet another extra budget worth 7.8 trillion won ($6.6 billion), which will bring up the country’s additional fiscal injection total to 56.8 trillion won. This was the first time in 59 years for Korea to allocate four extra budgets within a single year.

So far, Seoul has executed 59 trillion won so far this year to back up the coronavirus-hit economy -- 11.7 trillion in March mostly to help the Daegu-North Gyeongsang area, 12.2 trillion in April to fund the disaster relief fund program and a record 35.1 trillion in July.

ADB’s projection for the Korea economy largely came in line with local think tanks’ suggestion. Earlier this month, the state-run Korea Development Institute slashed the economic growth for this year to a contraction of 1.1 percent this year, sharply down from the previous 0.2 percent growth scenario.

Also, ADB predicted that Korea’s inflation will remain stalled at a 0.5 percent range throughout 2020 and pick up to a 1.3 percent level in 2021.

The country’s growth outlook for next year was set at 3.3 percent, which was down 0.2 percentage point from the June projection, reflecting the second epidemic wave which triggered another round of social distancing in August-September.