[Serendipity] In these unusual times, adversity may be unforeseen opportunity 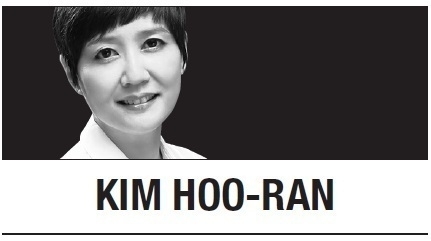 The young men have done it yet again.

The trailblazing K-pop boy band’s latest single, “Dynamite,” hit No. 1 on the Billboard Hot 100, the first South Korean music ever to do so. The announcement, which followed on the heels of the seven-member group’s impressive win of four awards -- best pop, best group, best choreography and best K-pop for “On,” released in February as the lead song for “Map of the Soul 7” -- at the MTV Awards held only a few hours earlier, appears to have cemented the 7-year-old act’s place in the history of K-pop.

For BTS, the year 2020 was supposed to have been the year of its “Map of the Soul” world tour and a new studio album. When the COVID-19 pandemic spread around the world, however, the group found itself stuck at home.

With international travel all but impossible due to the travel restrictions aimed at curbing the spread of the highly contagious virus, BTS canceled its multicity tour. But rather than resigning itself to the possibility of not being able to go onstage for months on end -- the world is still uncertain as to when this pandemic crisis will be over, and indeed, whether it will ever be completely over -- the team soldiered on, as it always has, and in so doing forged a new path.

“Dynamite” was intended as a gift for the group’s fans suffering from the impact of COVID-19. Whether BTS and its agency, Big Hit Entertainment, had expected such explosive results from the group’s first all-English song or not does not seem pertinent. The band members said they “had a blast recording the song, dancing in the studio.”

Embracing the latest technology, BTS rendered physical borders meaningless, taking its concert, “Big Bang Con: The Live,” to the vast, limitless expanse of cyberspace. The paid online concert in June, which set the Guinness world record for “most viewers for a music concert livestream,” was seen by some 756,000 viewers in 107 countries around the world.

When Hallyu, or the popularity of Korean cultural content, was given the name in the early 2000s, many doubted that the drama-driven Hallyu would be sustainable. Give it a few years and it will fizzle, the skeptics predicted.

Then came big entertainment agencies that, in 2006, began to exploit the new social media platforms to the hilt, bringing Korean artists to the transnational audience. As one of the world’s most connected countries and a nation of early adopters, Korea was just the right place for mega agencies to employ the latest technologies and gadgets to power the next wave of Hallyu driven by K-pop and idol groups.

What better time for the years of experience and accumulated know-how to shine than the time of the coronavirus, when so much of our life is taking place in the virtual world?

S.M. Entertainment’s “Beyond LIVE,” hailed as the world’s first “online customized paid concert,” wowed the world with its exploration of what is possible in the virtual world. World-class singers in lockdowns are reported to have inquired about the possibility of such a show for themselves.

Faced with unforeseen, unprecedented challenges, as we are right now, it is those with fortitude, acuity and creativity who will persist and create new paths. The head of the Seoul Philharmonic Orchestra, Kang Eun-kyung, recently said that now is a great time to attempt new things. Since we are in uncharted territory, we are at liberty to try entirely new, untested things. Maverick choreographer Ahn Eun-me has turned a lost opportunity to a wholly new one, expanding the joy of dance to beyond the stage.

For the brave souls who willingly take risks, unafraid of failure, the time of the coronavirus may be remembered as a time when a whole new world opened up.

Kim Hoo-ran is the culture desk editor at The Korea Herald. - Ed.