The exhibition, “Lost in Parody,” presents largescale embroidered works measured over 4.5 meters in length which were produced using traditional embroidery techniques and batik, a traditional method of dyeing textiles.

Nugroho has been making embroidered paintings since 2007 in collaboration with a small town in Indonesia, providing work for traditional embroiders, driven by a desire to preserve the fast-disappearing traditional industry. 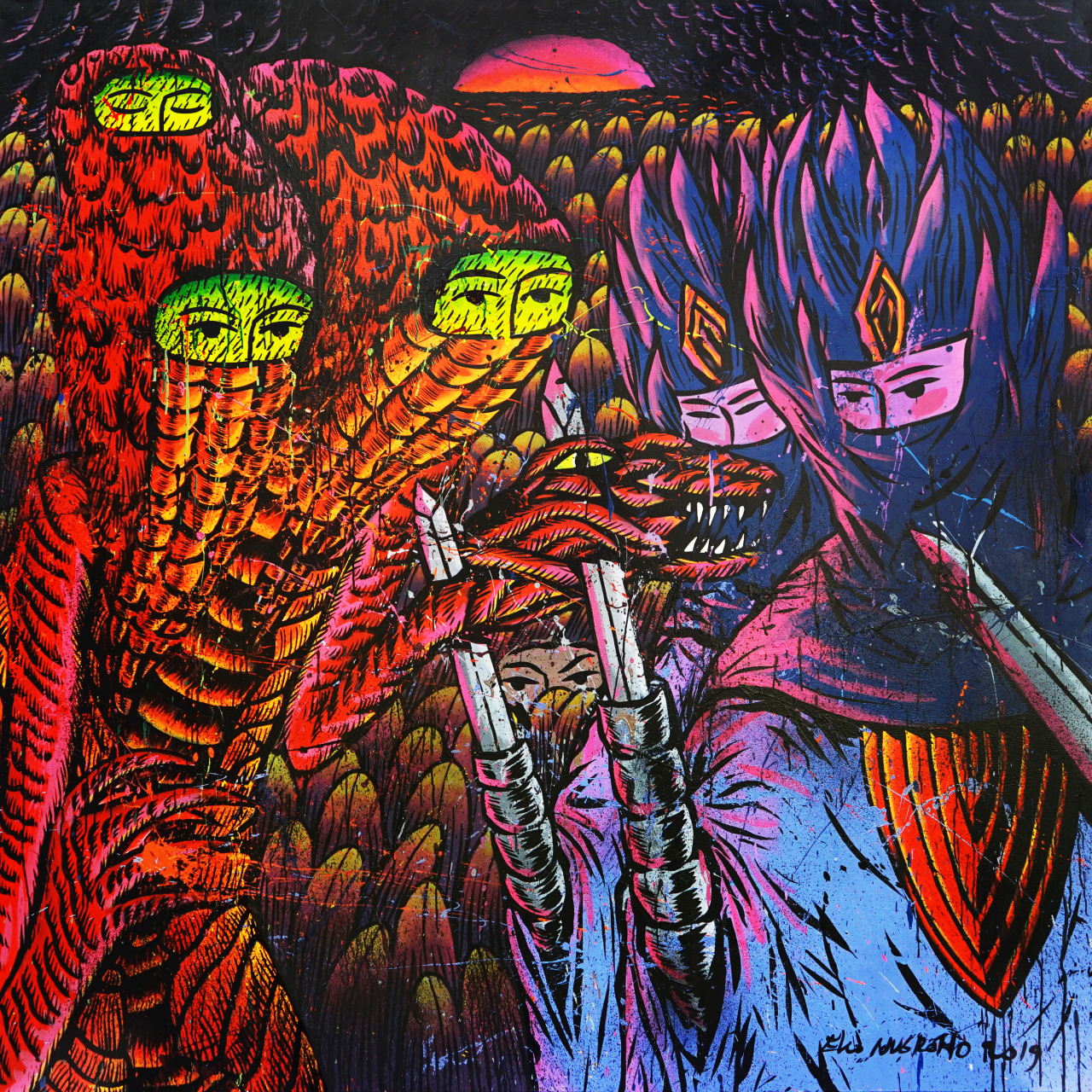 "War is Another Meet And Greet Moments” by Eko Nugroho (Arario Gallery)
The use of a wide range of colors in his paintings also reflects the influence of traditional Indonesian costumes made with embroidery, Nugroho told the press during an online press conference held on Tuesday.

As an artist who has witnessed the country’s revolutionary environment in the 1990s, Nugroho touches on social issues confronting Indonesia through his visual art. His cartoonish painting, “War is Another Meet and Greet Moment,” asks about peace based on his experiences.

“The exhibition wishes to call into question what is peace, democracy, borders and ideologies,” Nugroho said. “Peace is always talked about, but there is actually no place on earth that truly lives in peace. We are still using methods like wars as a strategy to ‘harmonize.’

“It (the painting) is also about how democracy is still glorified in a context where we are still putting a border between each other because of our different skin colors and ideologies.”

Nugroho has lived through the Reformasi era, which drove out the Suharto regime that ruled Indonesia for more than 30 years. The artist experienced not only the revolution for democracy but also the use of collective violence during the time. The country’s political transformation evoked street protests, which naturally influenced him as an artist who deals with a variety of art media such as graffiti, sculpture, video art, embroidery and murals.

As an internationally renowned contemporary artist based in Indonesia, Nugroho has held numerous solo exhibitions around the world including in New York, Sydney, Singapore, France and China.

The exhibition, “Lost in Parody,” will run through Nov.14 at the Arario Gallery Seoul in Jongno-gu, central Seoul.