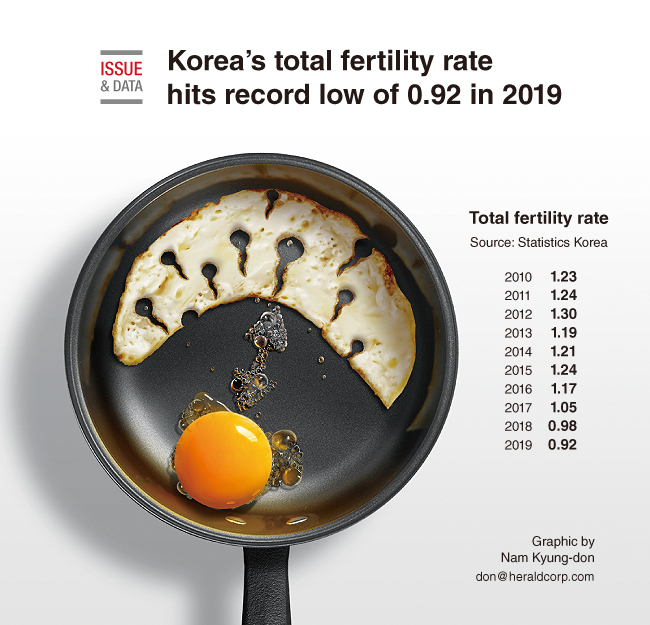 South Korea’s total fertility rate hit a record low of 0.92 in 2019, government data showed, in a clear warning to the nation’s economy that a population decline lies ahead.

The total fertility rate refers to the average number of children a woman bears in her lifetime.

The 2019 figure is far below the replacement level of 2.1 that would keep Korea’s population stable at 51 million. It also represents a sharp drop from 1970, when the government began to compile relevant data and the rate stood at 4.53, according to Statistics Korea.

Last year marked the second consecutive year that the rate had fallen below 1. Korea was the only member of the Organization for Economic Cooperation and Development that had a total fertility rate below 1. (Yonhap)