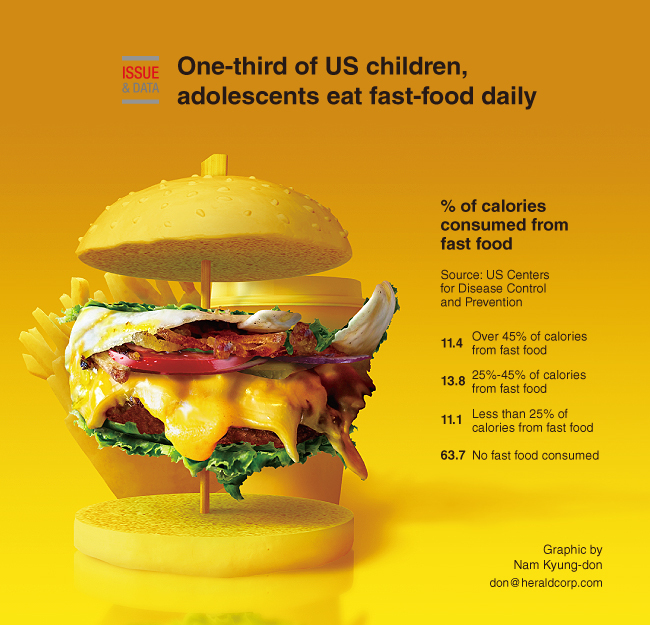 More than one-third of children and adolescents across the United States eat fast-food each day, according to new figures from the US Centers for Disease Control and Prevention.

Up to 14 percent of young people obtained 25 percent to 45 percent of their daily calories from fast-food - up from just over 12 percent in 2011, agency researchers said.