[Serendipity] Wishing it were a movie 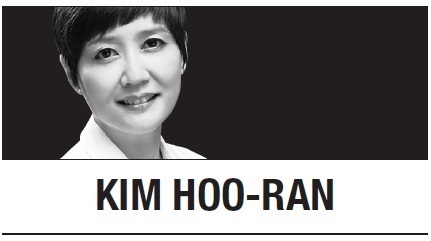 It felt as if I were a character in a zombie movie. I was driving home from the office Monday evening when, over the airwaves, I heard a crisp, measured male voice announcing the number of new daily COVID-19 cases: 188 local cases and nine from abroad.

This cannot really be happening, I thought. I panicked at the surreal nature of it all, despite having been bombarded by hourly updates on the increasingly grave situation all day. The imminent danger had not really sunk in until I heard it on the radio.

How I wish it had been a movie.

On Thursday, the Seoul Metropolitan Government banned protests involving 10 or more people effective Friday, in response to the urgent situation in the capital city. The ban will be in place until Aug. 30.

The government on Tuesday had implemented stricter social distancing measures as it scrambled to respond to the quickly growing number of cases. One of the biggest concerns was that such a rapid and wide spread would soon overtax the medical system.

Ostensibly, Level 2 social distancing measures are stricter than what was in place previously. Yet, the newly imposed measures appear to be no stricter than restrictions that were imposed earlier in the year when the country experienced its first surge in COVID-19 cases.

The current situation, according to the authorities, is far more perilous than the crisis of February-March, when COVID-19 was limited mostly to Daegu and surrounding areas.

This week has seen a continued spike in the number of new daily local infections. On Thursday, 276 new local infections were announced. With the new coronavirus having mutated into more contagious forms, and infections showing up in different parts of the country, authorities warn that we are at a critical juncture.

Asking the public to stay at home except to commute to work, purchase food, or to go to the hospital, the government said the whole country could be plunged into a deep crisis if we do not get it right this weekend. Whether we succeed in suppressing the spread of COVID-19, failing which we will be confronted with a runaway crisis, will be determined largely by our behaviors and actions in the coming days and weeks.

The government’s predictions are dire, and it is essentially asking people to go into a lockdown for at least two weeks. Yet, by allowing most businesses to stay open, it dilutes the message.

Sending such a mixed message to people already exhibiting signs of coronavirus fatigue brought on by more six months of social distancing will not bring the outcome authorities are hoping for. What we have now is a confused public inclined to interpret the message whichever way suits them. Many may be misled into thinking that the situation is not as serious as it is made out to be; after all, most businesses are open and we are free to move about.

It has been pointed out that the spike in the number of COVID-19 cases began soon after the government relaxed some of the restrictions. Indeed, declaring a three-day weekend and issuing vouchers to stimulate spending led people to go out and about at a time when the coronavirus situation was still not under full control. It did not help that mass demonstrations were held in downtown Seoul on Saturday, which, we are now learning almost hourly, contributed to the spread of COVID-19 throughout the country.

The optimist in me wishes that we learn a lesson from this latest crisis, one that hopefully is not too costly in terms of human lives. The government, understandably, is anxious to lift the economy, but such efforts should not undermine efforts to fight the pandemic that threatens to destroy life as we know it.

The government could take its cue from Seoul City, which has imposed the strictest measure yet against public rallies. If the COVID-19 situation grows worse in the next couple of days, the government should not hesitate to implement even stricter social distancing measures.