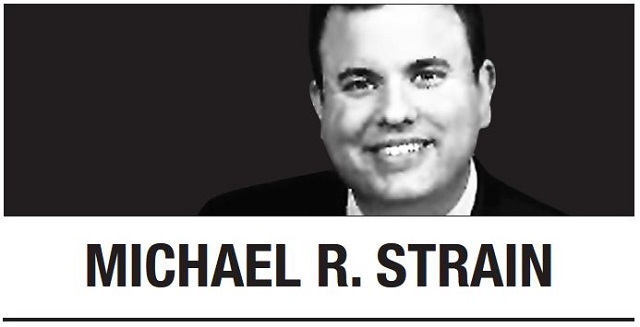 Many parents in the US are coming to grips with the reality that their children may not return to their schools until the fall semester of 2021. Schools that aren’t opening this fall seem to be waiting for a coronavirus vaccine, and even the most optimistic scenarios don’t envision one to be approved and widely distributed in time for the start of the spring semester in January 2021.

Tragically, the lack of urgency and creative thinking from political leadership at all levels of government is allowing this to happen. Where is the audacity?

As has been widely remarked -- including by the American Academy of Pediatrics, which “strongly advocates” for the goal of in-person learning this fall -- this is devastating for the social and emotional development of children. Educational outcomes will plunge after two or three semesters of virtual learning, food insecurity among kids will increase, and learning disparities between higher- and lower-income children will widen.

Children who are learning remotely today will see their later-life economic outcomes suffer when they become adults. As I wrote in a column last month, my rough estimate is that keeping kids out of in-person learning for a year could cost a typical worker who graduated from high school but didn’t attend college around $30,000 per decade. A World Bank study estimates that one semester of virtual learning will lower future global GDP by 15 percent.

It is not helpful to demand that schools simply reopen. Instead, public officials at all levels -- from school districts to state capitals to the federal government -- need to provide schools with the resources, tools and ideas necessary to address the legitimate health concerns of teachers and parents.

This is where audacious ideas have been conspicuously absent. According to data compiled by Education Week, 17 of the 20 largest school districts are currently planning on fully remote learning for the fall, affecting over 4 million students. Many other districts are making the same choice as these large districts.

Rather than throwing in the towel and waiting for a vaccine, they could be finding creative ways to keep kids in classrooms while also making sure in-person learning is as safe as possible for children and teachers.

Classes should be held outdoors wherever possible. Football, baseball and soccer fields can be converted to outdoor classrooms; for many weeks, students and teachers wouldn’t need to spend much time indoors. Tents can keep children dry if it is raining. Heat lamps can keep them warm during a fall chill. Restaurants have figured out how to do this. Schools can, too.

Children should be kept in small, assigned groups, and groups should mingle as little as possible. If local officials decide that all students can’t attend in person five days a week to keep density low, the school week should be extended, and some classes should be held on weekends and evenings. And districts that go virtual this fall should begin planning immediately to keep schools open in the summer of 2021 to make up for lost classroom instruction.

High school students are more equipped to benefit from virtual learning than 1st graders. So if some schools must be closed, then close the high schools, keep the K-8 schools open, and use the high-school buildings for socially distanced elementary- and middle-school students. Better yet, districts should keep all schools open and work with local officials to commandeer public parks for outdoor instruction -- or even vacant shopping malls for socially distanced indoor instruction -- during the week.

There is an implicit assumption in many states that the school year needs to begin in late August or early September, as previously scheduled, or not at all. But state officials could directly link the goals of reducing the virus’s spread and reopening schools, telling their residents that once the spread reaches a specified low level, schools will reopen. This would encourage greater use of masks and social distancing measures. And if a state hits its target in, say, mid-October, why not begin the school year then? The choice shouldn’t be to open on Sept. 3 or not at all.

Some schools are already thinking along these lines, and they will know which approaches stand the best chance of success in their communities.

Audacious plans will require funding. State and local governments, with balanced budget requirements and plunging tax revenue, are strapped for cash. The federal government needs to provide grants to states and localities for the purpose of financing the measures necessary to open schools as safely as possible: hiring additional teachers, nurses and bus drivers; paying teachers for extended school weeks; upgrading ventilation systems; purchasing hand sanitizer, masks and protective gear for kids and teachers; setting up temporary classrooms, and so on.

Unfortunately, Congress seems to have lost its sense of urgency and audacity, as well, and has slipped back into partisan gamesmanship. Just five months ago, in March, Congress met the economic challenge of the moment with the $1.8 trillion economic recovery package known as the Cares Act. It was well designed and effective, if imperfect in several important ways. Regardless of your view of the legislation, you have to admit that it was bold and creative.

Federal grants to states and localities should have appropriate strings attached to prevent the money from being used to shore up pension funds, for example. An important goal should be to stop states and localities from laying off teachers and other education workers. Furthermore, the grants can help districts increase school employment above pre-pandemic levels so that they have the manpower to safely reopen while also reducing the unemployment rate. Reopening schools would allow more parents to go back to work this fall, further supporting the economy.

Party unanimity, often the first step needed before bipartisan compromise is reached, is neither required nor desirable in these negotiations. The White House has not been a constructive participant, and Congress -- a coequal branch of government charged with writing the laws -- should diminish its role. Closed schools are a national emergency, and Congress has good reason to address them in the same bipartisan, cooperative spirit and with the same urgency and creativity it showed in March.

The US is still in the first half of the fight against the pandemic. Right now, the nation is staring at its shoes, dispirited, in a posture of uncertainty and defeat. That’s a choice. But there’s a better one: Go bold.