[Seth G. Jones & Juan C. Zarate] US faces new threats, but we have failed to adapt 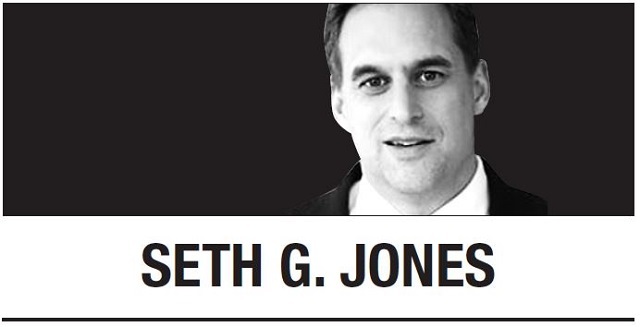 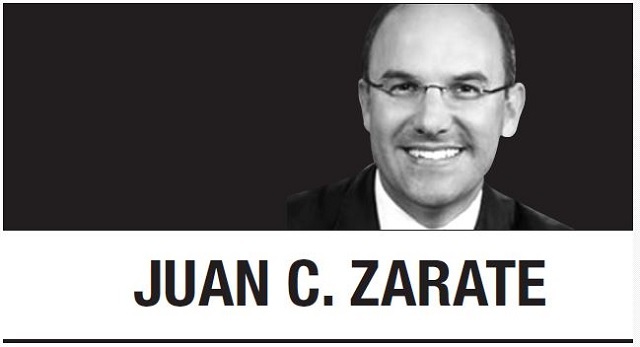 It has now been more than five months since a US intelligence assessment included in President Donald Trump’s Daily Brief suggested that Russia was paying bounties to Taliban fighters for attacking US and other foreign forces in Afghanistan. And it has been more than a month since news of the intelligence reports became public.

Yet the president and his administration still have not adequately denounced Russian activity or outlined a strategy to counter this type of hybrid warfare.

It’s possible, of course, that countermeasures unknown to the public are underway, but silence from Washington on the matter is a bad idea. It emboldens US adversaries, who are increasingly using irregular means to undermine US interests.

The Trump administration’s National Security Strategy and National Defense Strategy took important steps in recognizing the direct and broad challenges from China and Russia. But at the same time, the US government’s response has swung like a pendulum -- from an intense focus on counterterrorism to more conventional state-based confrontation. US defense planning scenarios, war games, weapons programs, and budget priorities remain largely devoted to preparing for conventional war.

There has yet to be a fundamental recognition that the security environment today presents a blend of unconventional and state-driven asymmetric threats. Until we recognize this, America will have a blind spot that its enemies can exploit.

As Russia’s activities in Afghanistan highlight, the lines between state and nonstate activity are blurred. Russia has been crossing those lines for more than half a decade. In 2014, for example, Russia seized Crimea -- a part of Ukraine -- with special operations forces and intelligence units. Then, Russian President Vladimir Putin quickly shifted his attention to eastern Ukraine, which had tossed out its pro-Russian leader in favor of a pro-Western one. But there, instead of using conventional Russian troops, he started an insurgency by supporting pro-Russian separatists.

In 2015, Russia became directly involved in the Syrian war, leveraging a sordid mix of Syrian units, Lebanese Hezbollah, Shia militias and Russian private military companies. Moscow’s willingness to work with Hezbollah -- a US-designated terrorist organization that has killed hundreds of US soldiers in Lebanon and other countries -- should have been a clear indication that Moscow had turned a corner.

In 2017, Gen. John “Mick” Nicholson, the commander of US forces in Afghanistan, confirmed that Russia was providing money and arms to the Taliban. In addition, Moscow expanded its use of private military companies like the Wagner Group to more than 30 countries, including Libya and Venezuela, on four continents. Russian activities in Venezuela were particularly galling since Putin sent Russian contractors to provide security to President Nicolas Maduro, even as the United States and allied countries were trying to increase pressure to oust the regime in Caracas.

Russia’s goal in using irregular means is straightforward: to undermine the United States and increase Moscow’s influence. Following the collapse of the Soviet Union and expansion of NATO to Russia’s borders, Putin has attempted to rebuild Russian influence in the world.

Since his country cannot match the economic or military might of the United States, Putin has resorted to covert and deniable operations. Among the most aggressive are Russia’s cyber operations, from targeting the 2016 US election to conducting widespread disinformation in the United States today. And Russia is not alone.

The United States has not adapted to this evolving landscape of threats.

The US intelligence community needs to better identify these new types of threats and networks and counter them aggressively with both overt and covert actions. New life should be injected into the National Counterterrorism Center, which should focus on hybrid threats. The Department of Justice should redouble efforts to prosecute networks of criminals and corrupt officials that enable sophisticated state-driven cyber, information and financial operations.

The US military should ensure that it has the posture, capability and authority to conduct irregular warfare. Though conventional forces are important, the main tools of US adversaries are not fighter jets or battle tanks, but hackers, spies, special operations forces and companies with links to state security agencies.

The Treasury Department needs to use its authority to uncover and sanction financial networks, channels and facilitators that link nefarious state and nonstate networks. The State Department needs a major injection of funding to strengthen its public diplomacy and leadership in information operations.

And there needs to be more aggressive coordination with the private sector, enabled by the Department of Homeland Security, to protect US critical national systems and ensure resilience.

As Russia’s activities in Afghanistan highlight, US adversaries are using proxies like the Taliban and Hezbollah to undermine US influence. Without a more effective US response, countries like Russia, China and Iran will be encouraged to ramp up such hybrid activities.