[Faye Flam] US can control COVID-19 without second lockdown 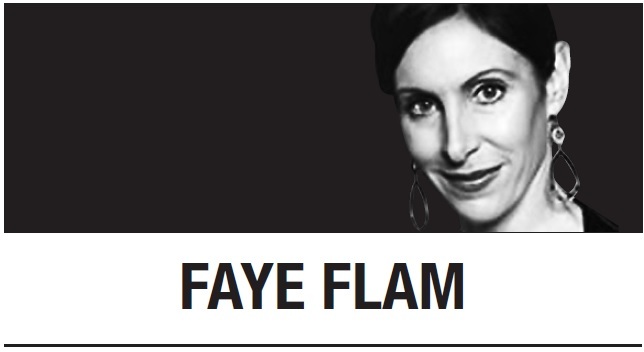 Rising COVID-19 case counts across the US have made a second lockdown seem almost inevitable. It is likely to be months before a vaccine could end the coronavirus pandemic, and the US is also months away from using the testing-and-tracing strategy that other countries have used to keep new outbreaks from expanding.

But Americans can’t be expected to stay in their homes for months on end. The rational, fair, humane way forward is for society to balance pandemic safety against other vital needs --- the need to make a living, the need for education and the need for social interaction.

People who want to break out of solitary confinement are not necessarily ignoring “the science.” They are balancing what scientists have found with other factors.

To combat the coronavirus crisis, public health officials have urged extreme measures -- doing everything we can to prevent further spread of the pandemic. What they should be telling us is how to reduce our odds of getting the disease in a way that can be sustained economically and socially, while keeping the curve flattened and hospital beds available.

Risk communication consultant Peter Sandman says he thinks our current “do everything you can to avoid infection” policy in public health is driven by the urge to make up for past mistakes on the part of politicians and experts in public health. In January and February, they reassured people the risk was low even as the disease spread quickly in China and there was every reason to think it would go elsewhere.

Then the public health community panicked, he says. He’s worked on a number of pandemic preparedness plans and read others, and none of them mentioned telling everyone to stay home for the foreseeable future.

There was a good rationale to ask New Yorkers to stay home earlier this year. Flattening the curve in New York City meant preventing too many people from getting seriously ill at once and overwhelming hospitals. But the reason for the lockdowns that took place in most other states was never clearly communicated.

Business closures and stay-at-home orders would have been justifiable in less-hard-hit states, if they were used to buy time to better cope with outbreaks -- ramping up testing and contact tracing and preparing hospitals with supplies and protective equipment. That failed spectacularly, especially in Florida, Arizona, Texas and California.

People there made enormous sacrifices and got very little in return, since almost nothing was done to make the situation any safer coming out of the shutdowns than going into them. Now, Sandman says, people are drained of their economic and emotional reserves.

Public health officials -- and society more broadly -- have to come to terms with the fact that we’re not in this together. It’s easy for some people to stay home. Some people are living comfortably on savings or do-at-home jobs. Some are more motivated to stay home, since they have health conditions that put them at a much higher risk of dying if they contract COVID-19.

Others need to leave the house to work. Especially for younger, healthier people who are at very low risk of dying or developing long-term complications, it might be reasonable to accept some risk in exchange for the chance to make a living, see beloved friends, find a life partner, or give their kids the educations they need to succeed. These are not trivial things.

Now it’s time to make the best of a bad situation and finally start creating well-communicated long-term policies that allow some degree of balance. Harvard epidemiologist William Hanage said he doesn’t like the use of the word “reopening.” Better, he says, to think about keeping infections at a manageable level by limiting activities that are known to be high risk.

And risks of different activities vary by place and time, so mayors, governors and other local leaders need to keep people as informed as possible about local conditions. What matters is the approximate number of active, infectious cases in a region -- not the cumulative cases, since many have recovered, or the rate of change, when the base number of cases might be very low.

There’s lots of data out there, but the useful kind is hard to come by. Or, as Hanage puts it, “We have been ill-served, as most communication has been astonishingly poor and astonishingly misleading. … There’s a great deal of infuriating nonsense.”

Current transmission rates can be estimated by various techniques including testing a random sample of people or measuring the level of virus in local sewage. This is critical to know because the hazard of opening gyms or bars will be much higher in an area of current outbreak than one with almost no cases.

It’s also time to stop blaming one another -- which is tearing us apart. As Sandman pointed out, “all public health failures are policy failures.” If people don’t follow a policy, it’s because it’s the wrong policy or was badly communicated. This is what policymakers are supposed to think through.

That way, people can be armed with enough information to be good citizens during the pandemic, while still leading lives worth living.