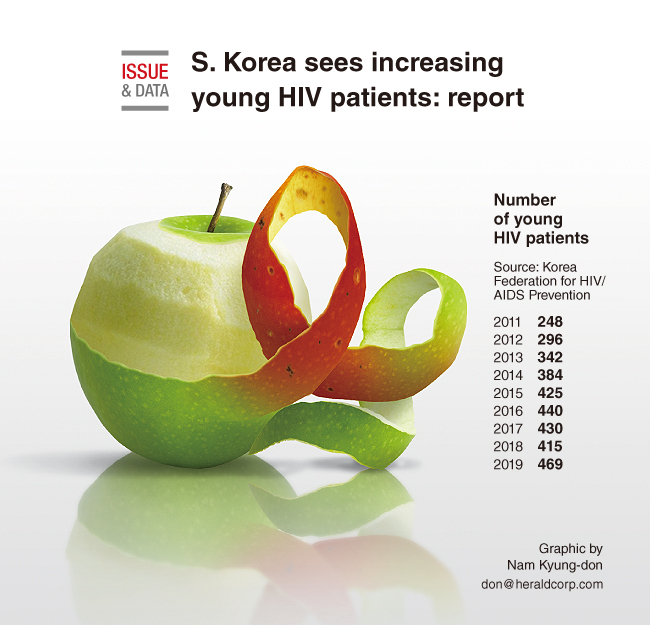 The number of human immunodeficiency virus infections among young people in South Korea has been rising in recent years, a report said, stressing the need for state efforts to stem the trend.

Korea reported 469 new HIV patients aged 10-29 in 2019, up sharply from 415 a year earlier, according to the report by the Korea Federation for HIV/AIDS Prevention.

The number had been on a steady increase since 2011, when 248 new adolescent cases were reported. (Yonhap)