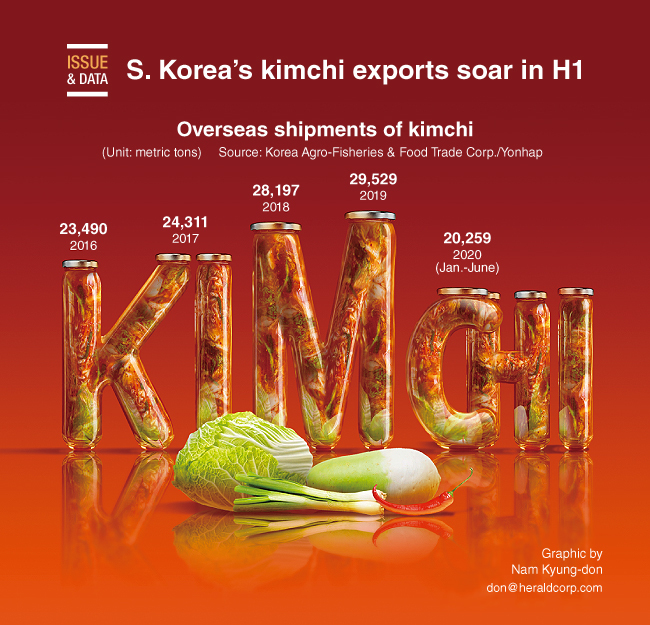 South Korea’s exports of kimchi rose sharply in the first half of the year thanks to its growing popularity, data showed.

Overseas shipments of kimchi came to 20,259 metric tons in the January-June period, accounting for 68.3 percent of full-year exports in 2019, according to the data from the Korea Agro-Fisheries & Food Trade Corp.

In the first half, major export destinations included Japan, the US, Australia, Hong Kong and Taiwan. (Yonhap)