Kim Whan-ki as a poet who paints 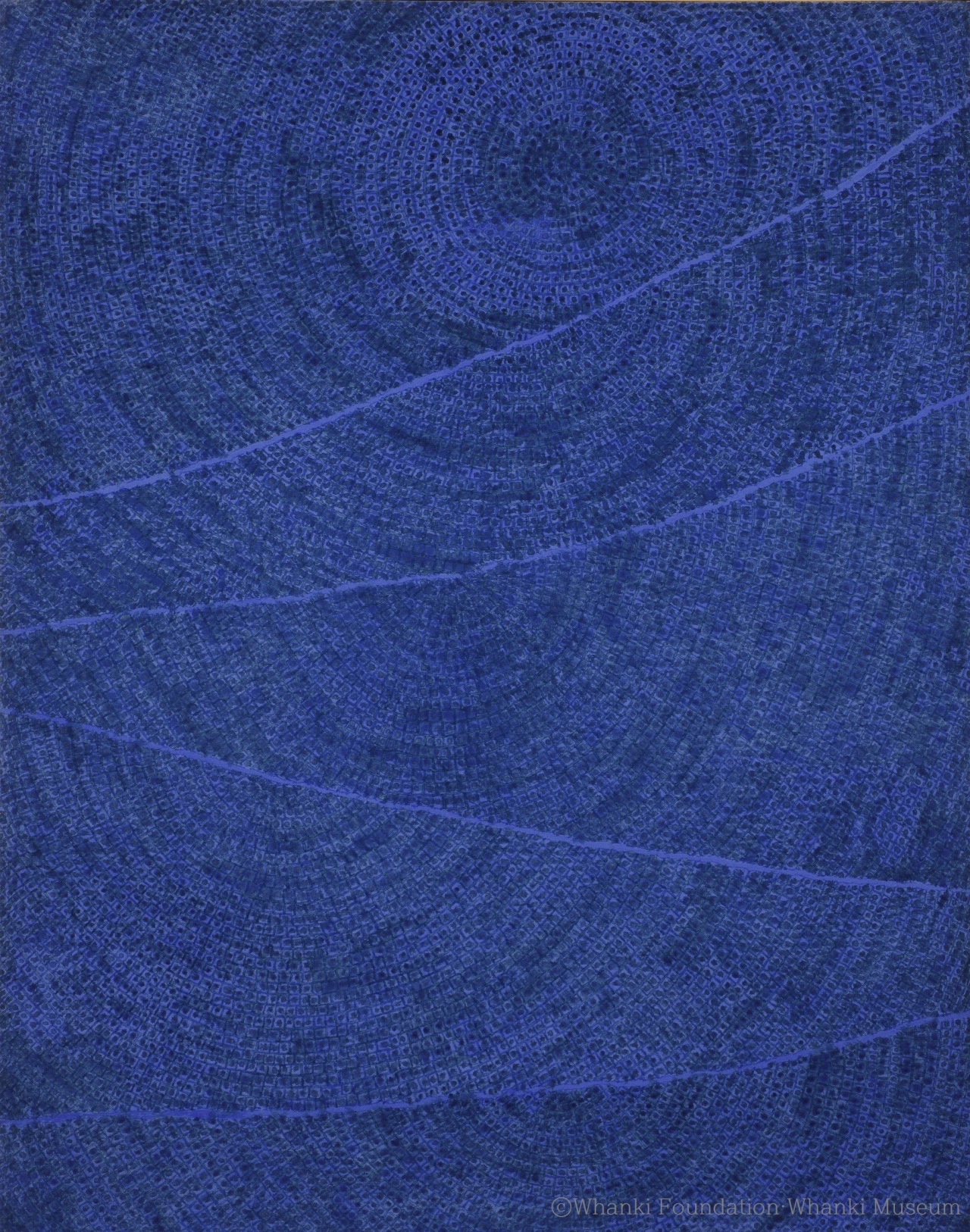 "Air and Sound (II) 10-X-73 #322” by Kim Whan-ki (Whanki Foundation/Whanki Museum)
Korean modern art master Kim Whan-ki is widely known at home and abroad for his signature dot paintings. But it is little known that the artist was actually a poet as well, having penned a number of poems as “Suhwa,” and that he sought poetic features in his paintings.

“What I have felt since arriving here is a poetic spirit. Art, I think, should contain songs,” Kim wrote in his journal in January 1957 while staying in Paris. “There are powerful songs in the works of great masters.”

The Whanki Museum in Buam-dong, central Seoul, is hosting the special exhibition “The Poetics of Kim Whanki,” focusing on poetic aspects in his art. Borrowing poetic terms, the exhibition consists of three sections “Condensation,” “Musicality” and “Representation.”

The artist’s masterpiece, “10-VII-70 #185,” one of his serial works of “Where, in What Form, Shall We Meet Again,” stands tall at the entrance to the exhibition. The 3-meter tall painting with repeated dots and lines in ocean blue reminds the viewer of a placid sea, or it could be a space with numerous stars to some visitors. Whatever comes to mind, the giant painting creates a flood of tranquility.

“Kim’s dot paintings evoke different images to audiences, and that would be what Kim had intended for his paintings,” Paik Seung-lee, curator of the Whanki Museum told The Korea Herald. “Many of his paintings have titles with Roman numerals and Arabic numbers, which actually mean the date of the painting. He did not want to define his painting and believed it was up to audiences what they would see in his works.”

Before Kim moved to allover dot paintings, he depicted moon jars, mountains and birds in his abstract paintings, as Kim considered those subjects well present Korea’s own beauty and identity. The paintings, “Moon Night of Island” and “Plum Blossoms and Jar” with deep and light blue colors are also on display.

Kim particularly loved blue in different hues; “Whanki Blue” was coined for his love of the color blue. “Kim seemed to have thought blue is the color of Korea, which is surrounded by seas,” Paik said.

Kim, who was born in 1913 during the Japanese colonial era and had gone through the Korean War, showed strong affection to his home country and had a compassionate mind. While staying in Paris in the late 1950s and in New York from 1963 until he died of a stroke in 1974, he wrote many poems that show his nostalgia.

“My art is a spatial world / These dots that I am painting as I think of Seoul and myriad other things / Would the dots depict what is inside my mind? / World of dots … / I have opened up a new window but it seems the new world does not show through. Alas …” Kim wrote in his journal on Jan. 8, 1970, while he was staying in New York.

Kim also enjoyed giving variations to the composition of his paintings, using cross compositions, split compositions and stone-tower compositions, which ultimately gave rhythmic features to his art, Paik said. The “musicality” section at the exhibition gives a glimpse into such poetic characteristics embedded in his paintings.

The exhibition also shows Kim’s collage works that are exclusively owned by the museum. Founded in 1992 by the artist’s wife, Kim Hyang-an -- who was also a lifelong partner in his artistic endeavors -- the museum is home to around 2,000 of the artist’s works and his archive.