“When we were location hunting for ‘Train to Busan,’ we saw really shabby spots and jokingly talked about what a sequel might look like if we shot it there. I thought then that it would be fun if a little girl drove a huge dump truck and swept a zombie horde -- and that actually became the start to ‘Peninsula,’” Yeon said during a media interview conducted in Seoul on Monday.

He never knew that “Train to Busan” would be a hit in South Korea, let alone abroad, as there had never been a successful Korean zombie flick.

“We were even banned from using the word ‘zombie’ during our promotional events for ‘Train to Busan’ because the zombie flick was such a minor genre back then and the word might discourage audiences even before the film’s release. We would refer to them as ‘infected beings’ instead. I’m not sure what the exact characteristics of a ‘K-zombie’ are, but I think I took a gamble. Luckily, it worked out well.”

Thanks to the unexpected success of his first zombie film, Yeon got a chance to do a sequel, and another one might be on the horizon if “Peninsula” is received well globally.

“There could be another piece taking place in the same universe or not. We dropped a lot of ideas as we made ‘Peninsula,’ and we could develop the next story from those ideas. But this depends on whether the audience anticipates another one. If the viewers want more, of course we could make it. For example, I’m already hearing people are curious about what happened in the four years between (the two films), like a spinoff. We have all the possibilities open until the result comes out,” Yeon said. 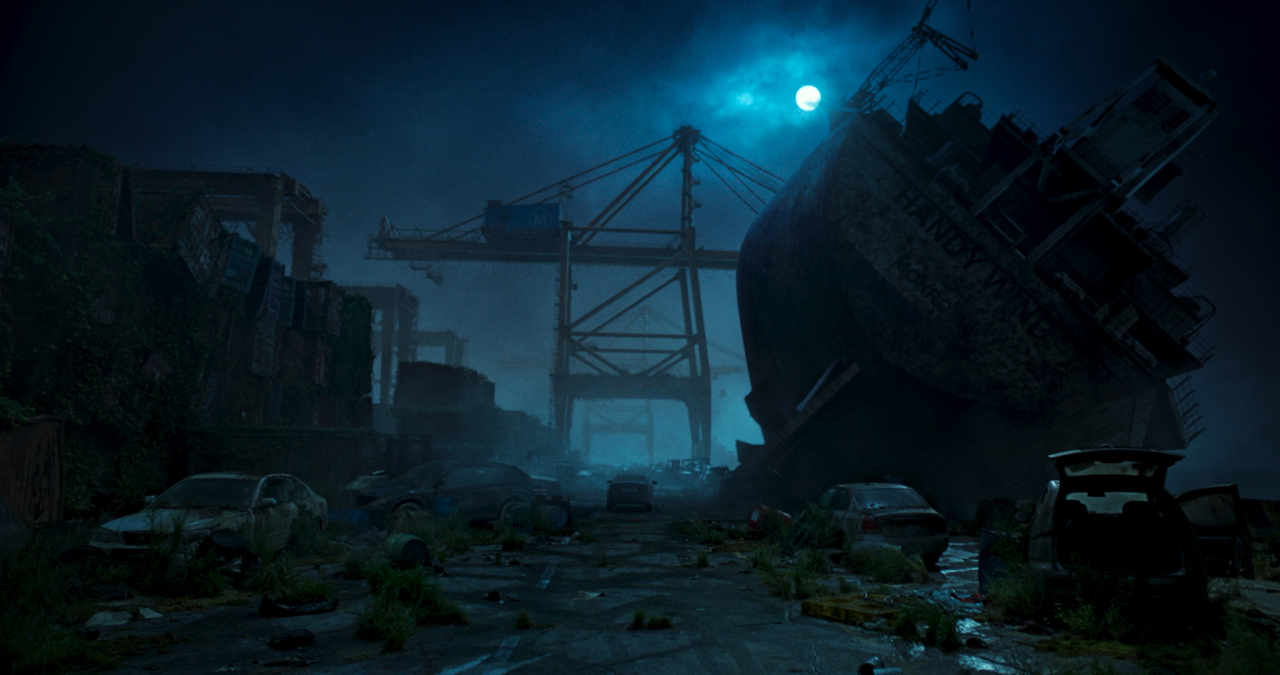 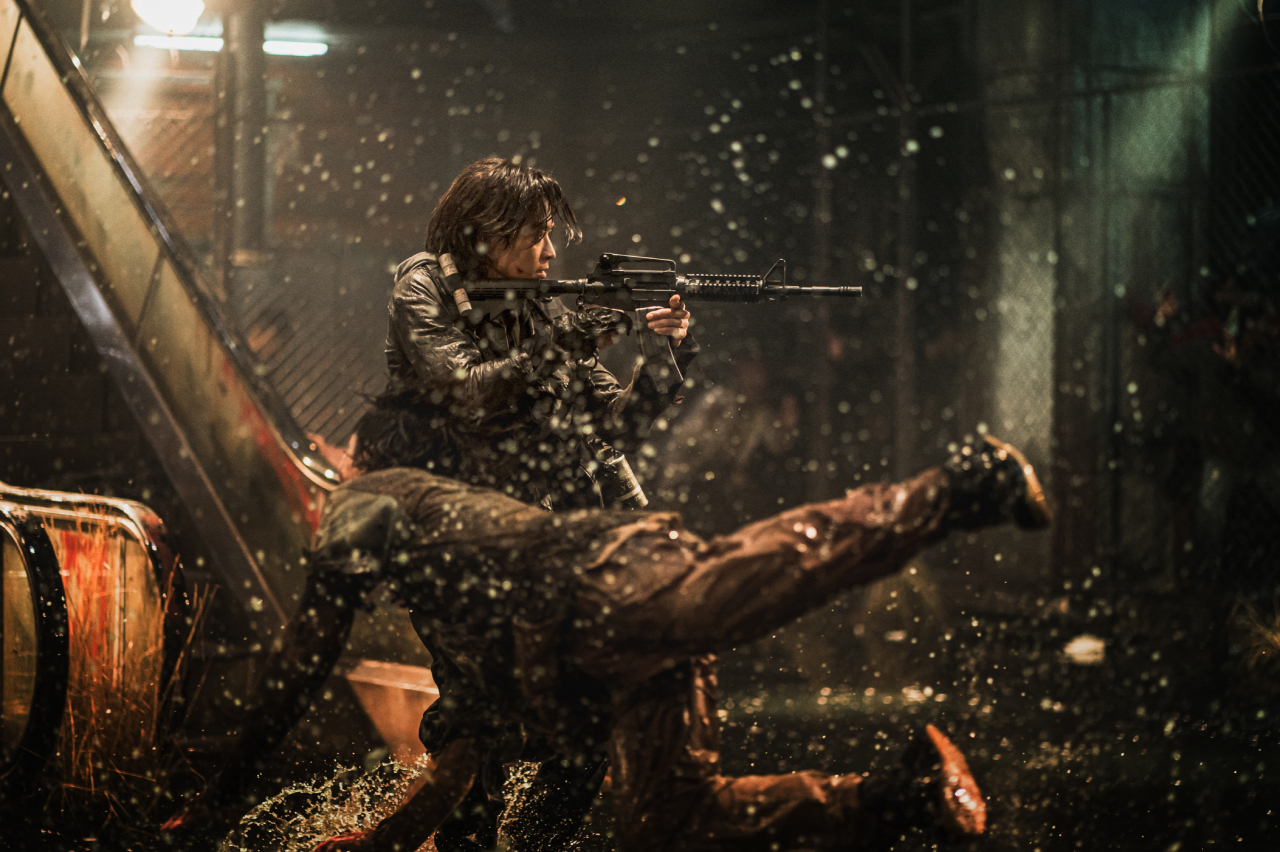 "Peninsula" (NEW)
While his smash-hit debut flick was a high-concept movie, Yeon said, with “Peninsula” he wanted to try something more experimental and interactive.

“I thought about what it would mean for people to come to the theater to watch a movie. It’s an experience,” Yeon said. “At the same time, postapocalyptic film was a trend in the international film scene and I wondered whether it would work in Korea. But I didn’t want to just pile up trash and call that postapocalyptic. I wanted to do it properly.”

The fictitious universe in which the zombie apocalypse takes place is the main character of “Peninsula,” according to Yeon. That’s why the cast of characters from “Train to Busan” did not reappear in the sequel.

Instead of making the story complex, he pushed through with a simple narrative, changing the setting several times early on to heighten the tension. The film starts four years back when Gong Yoo is headed to Busan on a train as the zombie disease breaks out. Gang Dong-won, as Jung-seok, is on his way to Incheon to board a ship out of the country. The first change of setting comes with Jung-seok’s arrival in Hong Kong.

“Hong Kong noir films were a huge hit back in my childhood, and I wanted to take that unique ambiance portrayed in Hong Kong films. The Hong Kong scenes in the start of the film depict that feeling,” Yeon said. 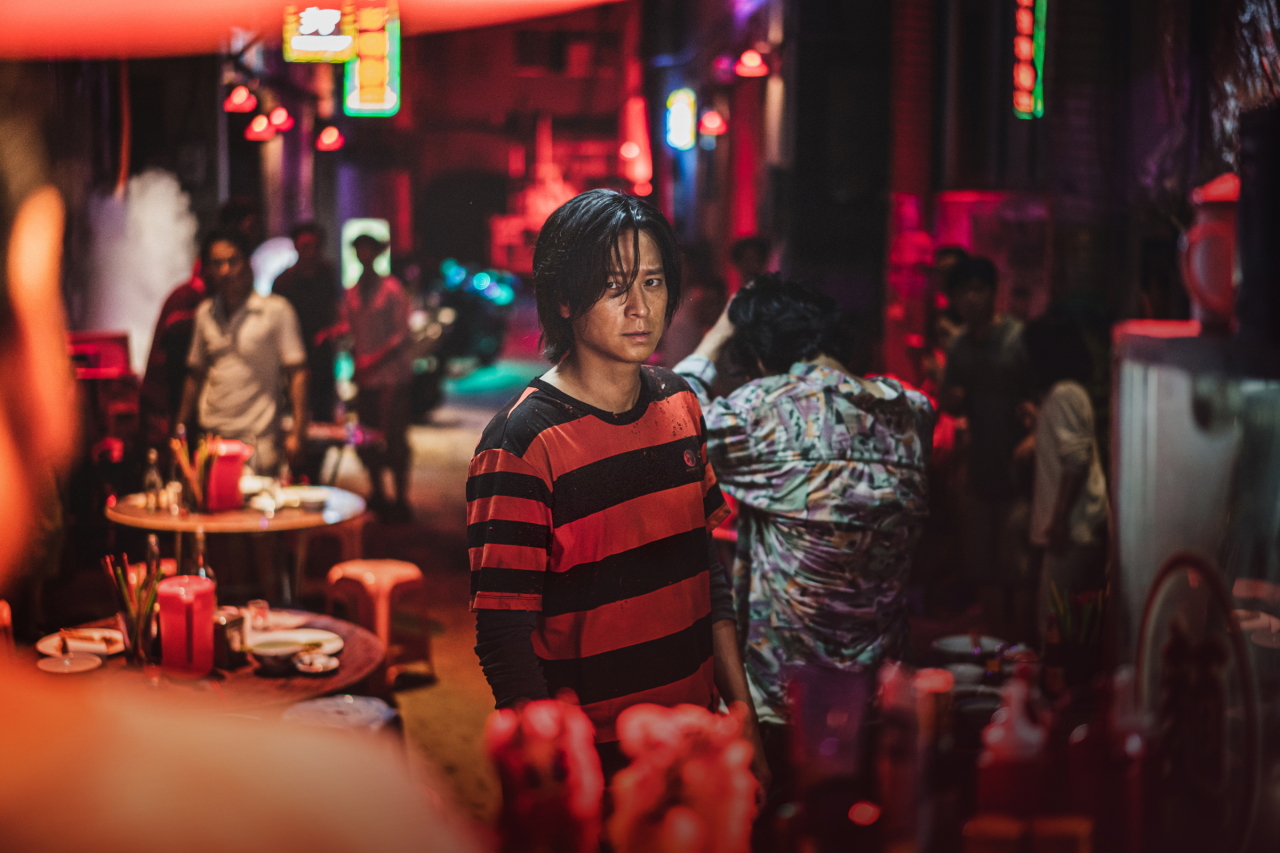 "Peninsula" (NEW)
The second change of setting, from Hong Kong back to Korea, accompanies a break from traditional gender stereotypes. The female hero, a teenage girl named Joon, drives a sport utility vehicle in the dark of the night, chasing a horde of zombies and racing against the villains of the mysterious Army Unit 631. She saves the male lead, Jung-seok -- a realistic, ordinary person who sees hope in Joon’s courageous acts.

“Joon and (her sister) Yu-jin represent the good in the film, and I wanted to illustrate them three-dimensionally. For example, back in the 1900s, we heard of 3- or 4-year-olds driving herds of cattle, but we can’t expect kids these days to do that. Although Joon’s driving might seem unrealistic to us, she has grown up in a postapocalyptic world, and to her zombies may not be something scary but ordinary. This fact enables Min-jung (played by Lee Jung-hyun) to endure what seems like a hopeless situation and why the film ironically sends a hopeful message,” Yeon said.

Yeon is famous as a workaholic who continually takes on new job titles -- not just director, but producer, screenwriter and webtoon author as well. Yeon wrote the script for the tvN fantasy-thriller “The Cursed” earlier this year and has another series, “Hellbound” (working title), coming to Netflix next year.

About making supernatural films across the thriller, horror and occult genres, Yeon said: “I think fear of the unknown is innate in human beings. There are unexpected fortunes and misfortunes, and the anxiety we feel is also along the same lines. I believe all these fears about things we do not understand have turned into such genres, and I wanted to depict those universal fears that everyone experiences.”