Kim Deok-han applies lacquer to his art. It is not just a simple craft, but spiritual work to look into himself.

After repeatedly applying lacquer layers mixed with colored powder on an object such as a wood panel or aluminum that he has covered with linen, he rubs the surface with sandpaper. He explains the rubbing process is a spiritual action to look into himself. This artwork also reflects his belief that the current self is from the accumulated times of his past.

“The whole process of my work is focused on introspection,” Kim told The Korea Herald. “My repeated works of scrubbing bring different colors to the surface. I consider them colors of my own identity.”

Lacquer trees (Rhus) only grow in East Asia, mainly in Korea, Japan and China. Raw lacquer is collected annually from trees through notches cut into the trees. “I wanted to find my own thing based on our tradition,” Kim said.

Kim was recently selected as an artist for the Artlab project by Lee Ungno Museum that aims to support promising artists whose unique art philosophy has been recognized. The exhibition was held at the museum in June. 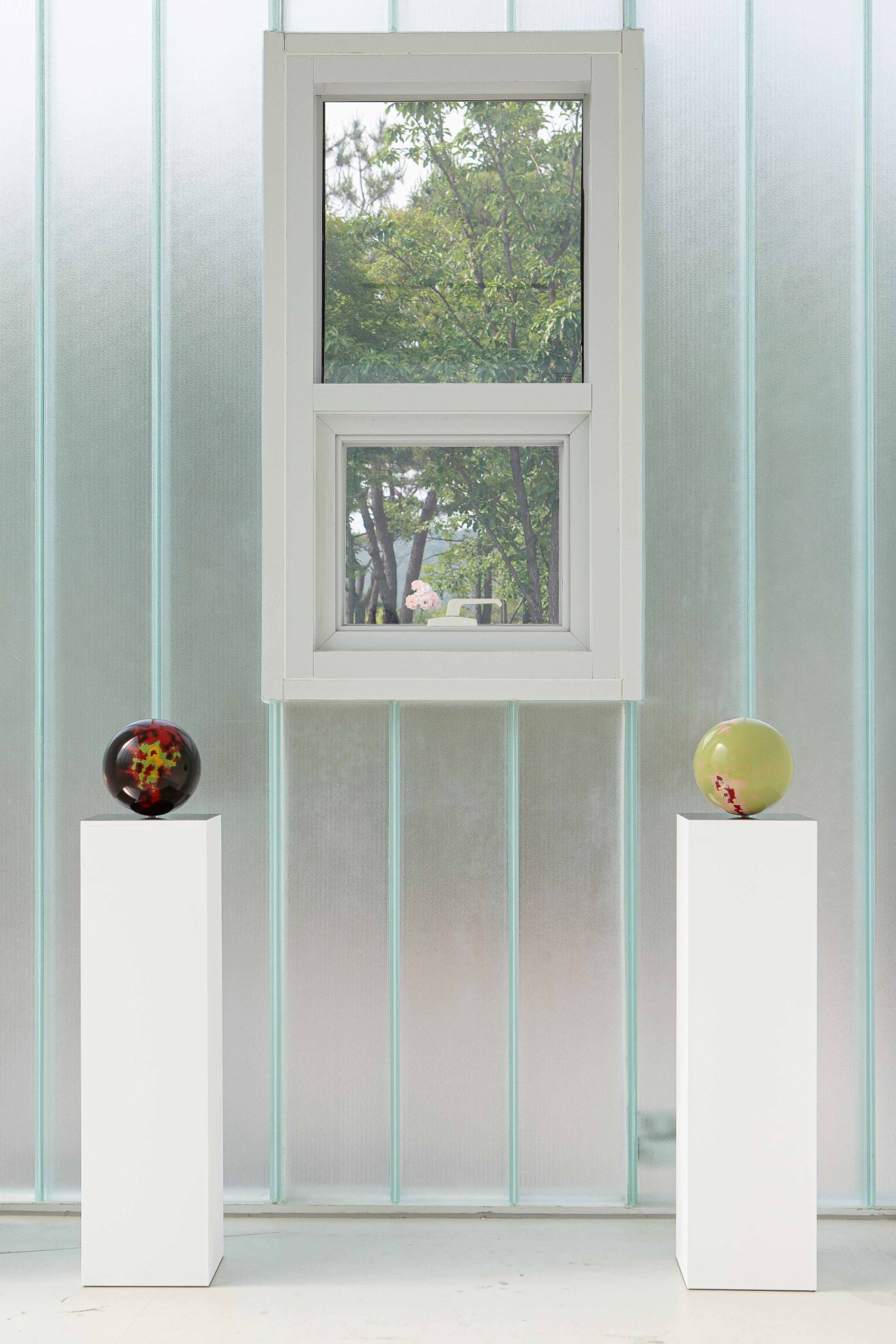 Kim began to expand his presence to the international stage last year. When he participated in the India Art Fair, organized by the Korean Cultural Center in India, his “Overlaid” series gained huge popularity among visitors from different countries.

“Actually there was a time when I was too in doubt about my works to present at an international stage. But the recognition I got at the India Art Far become another driving force to carry on as an artist,” Kim said.

Early this year, Kim’s works were scheduled to be put on display at the Whitestone Gallery booth at Art Central in Hong Kong that coincides with Art Basel Hong Kong, but the art fair was canceled due to COVID-19.

Kim was one of 18 Korean artists, including Park Seo-bo and Kwon Dae-sup, at the exhibition “Empty Fullness: Materiality and Spirituality in Contemporary Korean Art” held in May in Seoul that shed light on the philosophy of ‘dansaekhwa,’ Korean paintings that values repeated process in artworks in pursuit of emptying one’s mind.

Kim went to Pai Chai University to learn lacquering and become an artist who deals with the material. Then Kim earned a master’s degree in cultural heritage conservation management at Myongji University, which led him to understand Korean traditions through conservation works for damaged Buddha statutes across the country. In 2014, Kim opened a solo exhibition at Palais de Seoul, an art gallery in Jong-no district, central Seoul.

In August, Kim will unveil his new works at a solo exhibition at the Whitestone Gallery in Taipei, Taiwan.