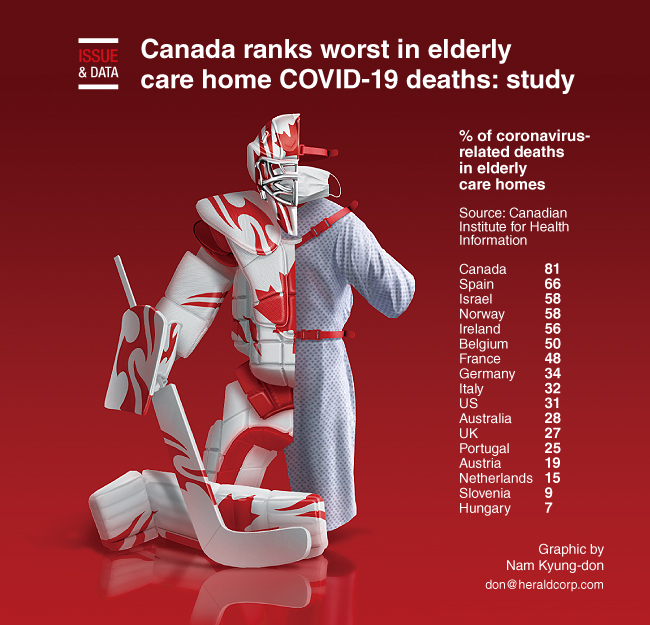 Canada ranks worst among 16 OECD countries for its high number of coronavirus-related deaths in elderly care homes, according to a Canadian Institute for Health Information report.

Eighty-one percent of COVID-19 deaths in Canada were recorded in long-term care homes, according to an analysis by the government agency.

This is significantly higher than the average for the Organization for Economic Co-operation and Development, 42 percent.