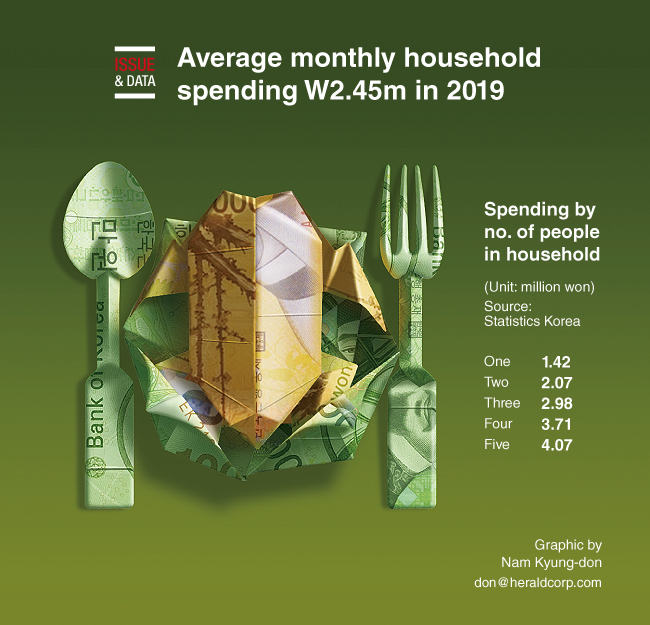 In 2018, South Korean households spent an average 2.53 million won, but an annual comparison may be inappropriate because Statistics Korea changed its method of compiling the data last year, the statistics agency said.

Expenditures on food and nonalcoholic beverages came to 333,000 won last year, accounting for 13.5 percent of the total, according to the data.