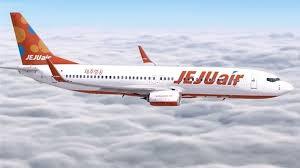 According to the country’s largest LCC by sales Jeju Air, it will resume operation of Incheon-Manila route once a week from June 6.

The airliner said it was due to the demand from Korean residents living in the Philippines.

Full service carriers Korean Air and Asiana Airlines are also set to resume operation of 32 US and Canada routes and 13 international routes from June, respectively.

Air Busan, Asiana Airlines’ budget carrier, said it also plans to sell tickets at a promotion price to prepare for resumption of international routes in July.

They will be operated from twice to four times a day depends on the route, air carrier said.

Jin Air official said with expansion of domestic route, the air carrier hopes to contribute to revitalizing the local economy and activation of regional airports.