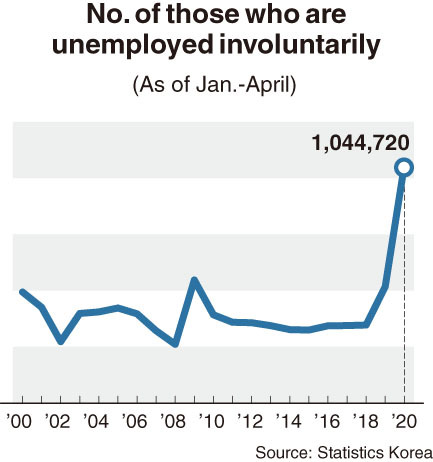 The number of unemployed during the first four months this year surpassed the 2 million mark for the first time.The number of those who are unemployed involuntarily also soared to 1,044,720, data from Statistics Korea showed. It is also the highest since 2000.

The agency has been keeping track of economically active population in the categories of those employed, are economically inactive and those who lost their jobs.

Among the jobless, involuntarily unemployed refers to those who lost jobs due to business shutdown, early retirement and/or restructuring, conclusion of temporary/seasonal project, and those who cannot find jobs.