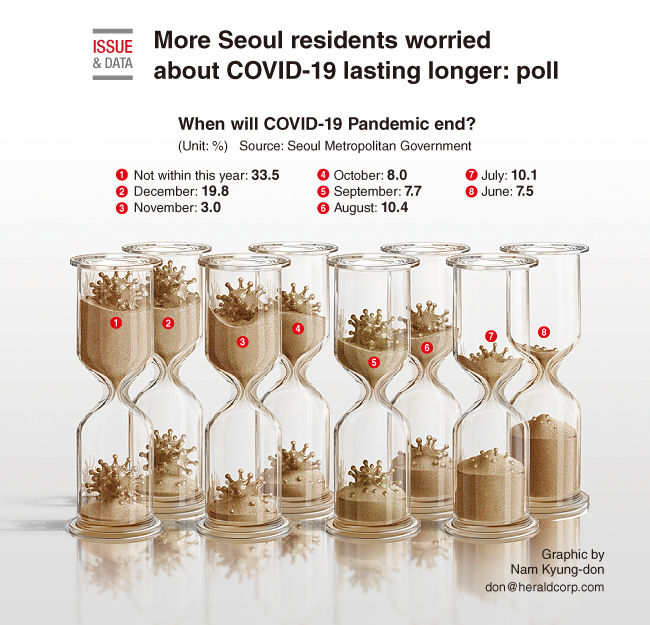 More residents in South Korea‘s capital appeared to be concerned about the new coronavirus pandemic lasting longer here following the recent outbreak traced to nightspots in Itaewon, a poll showed.

A combined 53.3 percent of respondents in a recent survey projected the pandemic would end in December or later, nearly doubling from 27.4 percent tallied in mid-April, according to the Seoul Metropolitan Government.

Of the total, 19.8 percent said they expect the pandemic to end by December, while 33.5 percent thought it was unlikely for the outbreak to end within this year in the poll of 1,000 Seoul residents conducted May 14-15. (Yonhap)