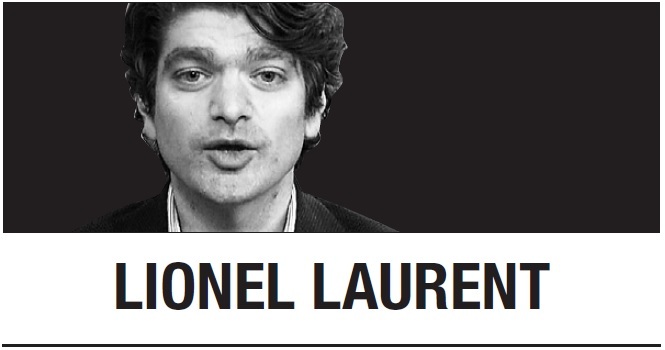 The world’s tourism hot spots are gradually reopening after the great lockdown, but they don’t look very alluring. Going to the beach will require spacing out parasols and forgetting about the drinks service, while a city break in Europe might mean keeping a mask on while shopping. Not to mention the quarantines being imposed to limit imported infections, hardly a great way to start a vacation. Public health has become a huge factor in tourism: “COVID-free” is the new five-star rating.

If there’s one destination in particular that might turn into an ideal getaway from COVID-19, it’s Iceland. The tiny island nation -- population 360,000 -- has long been known for its stunning landscapes, views of the Northern Lights, lava caves and other vistas featured in shows like Game of Thrones. Recently it has gained plaudits as a coronavirus case study, having kept its outbreak under control without imposing a messy or draconian lockdown. And it may very well show the way for countries trying to strike a balance between wooing visitors and avoiding a flare-up in cases.

From the start of the outbreak, Iceland stood out from much of Europe by having a proactive pandemic plan ready and sticking to it. The country began testing widely for COVID-19 in February, even before its first declared case. It even tested people who showed no symptoms, partnering with a Reykjavik-based company called DeCODE Genetics to do so.

Iceland has tested more people per capita than anywhere else. By quarantining and tracing the contacts of positive cases, the country avoided the extremes of either an indiscriminate lockdown or simply letting the virus rip (in the hope of achieving group immunity). The result is a nation with just 1,802 cases and 10 deaths; its estimated mortality rate of 0.6 percent is lower than France, Italy or Sweden.

This isn’t to ignore the impact of demographics -- Iceland’s median age is about 36, 10 years below Italy’s -- or the ease of social distancing in a country whose population density is on par with Montana in the US. But effective government planning, trusted scientific advice and testing played a key role. All things that are now being brought to bear on tourism.

Rather than seek out special deals or exclusive “travel bubbles” with certain countries, Iceland’s plan is, from June 15, to offer all visitors the choice between two-week quarantine or a COVID-19 test (the cost of which may have to be repaid at a later date). The obvious incentive to take the test means all visitors are being trusted to be responsible globetrotters, not just those with a certain passport. Indeed, DeCODE Genetics’s research on the infection’s spread at the beginning of March found it was people arriving from Britain and Europe, rather than China, who were bringing the virus into Iceland. (At the time, Icelandic warnings about its findings to countries like Austria went unheeded.) Rather than close borders or try to pick preferential partners, it’s better to track and trace the infection.

That mindset makes it likely that visitors will have to download Iceland’s Rakning C-19 contact-tracing app for mobile phones. That seems fair enough, considering the country’s strong data-protection policies. In return for these pretty light strictures, visitors will get the run of a place without crowds or restrictive policies on movement and wearing face masks. It’s a good trade.

Obviously, building something is no guarantee people will come. Where Iceland may also become a role model is in actively funneling financial support to the tourism industry, which became its key export after the crippling 2008 banking crisis. The government’s fiscal package, worth 8 percent of gross domestic product, includes subsidies to promote domestic tourism, a suspension of hotel taxes and a marketing campaign. At 10 percent of GDP, the tourism sector is a big part of the Icelandic economy -- not far off Italy’s level -- and wooing visitors at home and abroad is a necessary strategy.

But as other countries struggle to emerge from lockdown, while at the same time trying to promote tourism, Iceland is worth paying attention to. If a small island can test, trace and isolate coronavirus cases, and kick-start tourism in the space of a few months, it can be done elsewhere too.