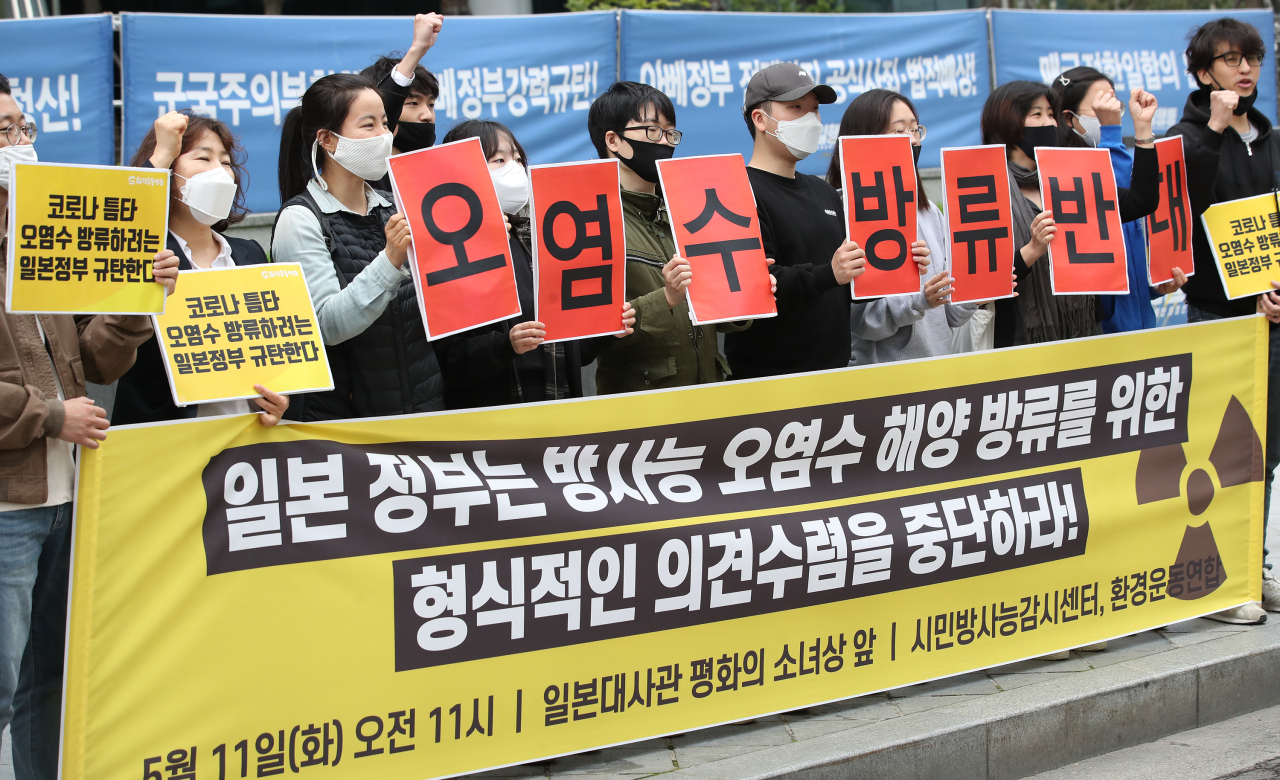 A group of protesters held a rally against Japan’s disposal of radioactive water into the ocean, in front of the “Statue of a Girl Of Peace” at the Japanese Embassy on Tuesday. 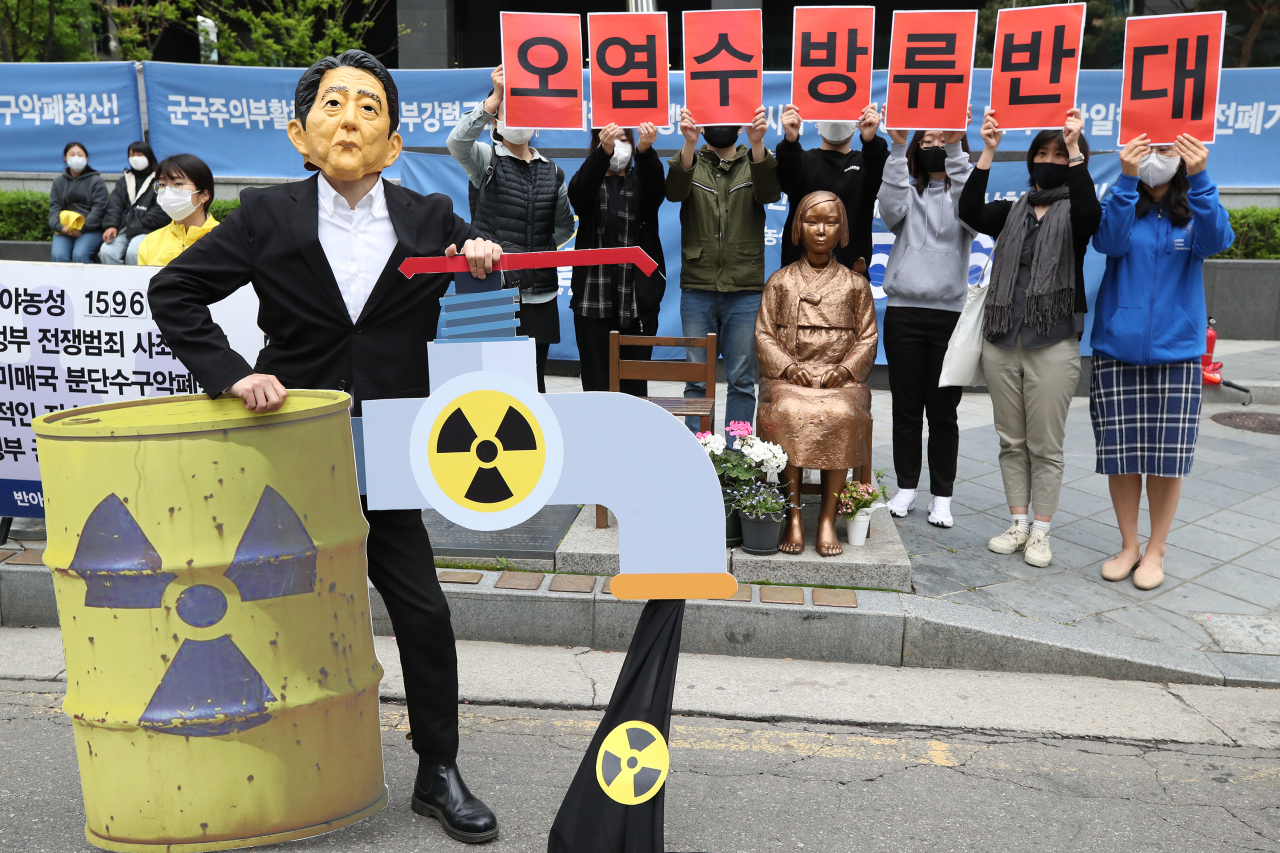 One protestor wore a mask resembling Japanese Prime Minister Shinzo Abe and acted out the disposal of radioactive water into the ocean. 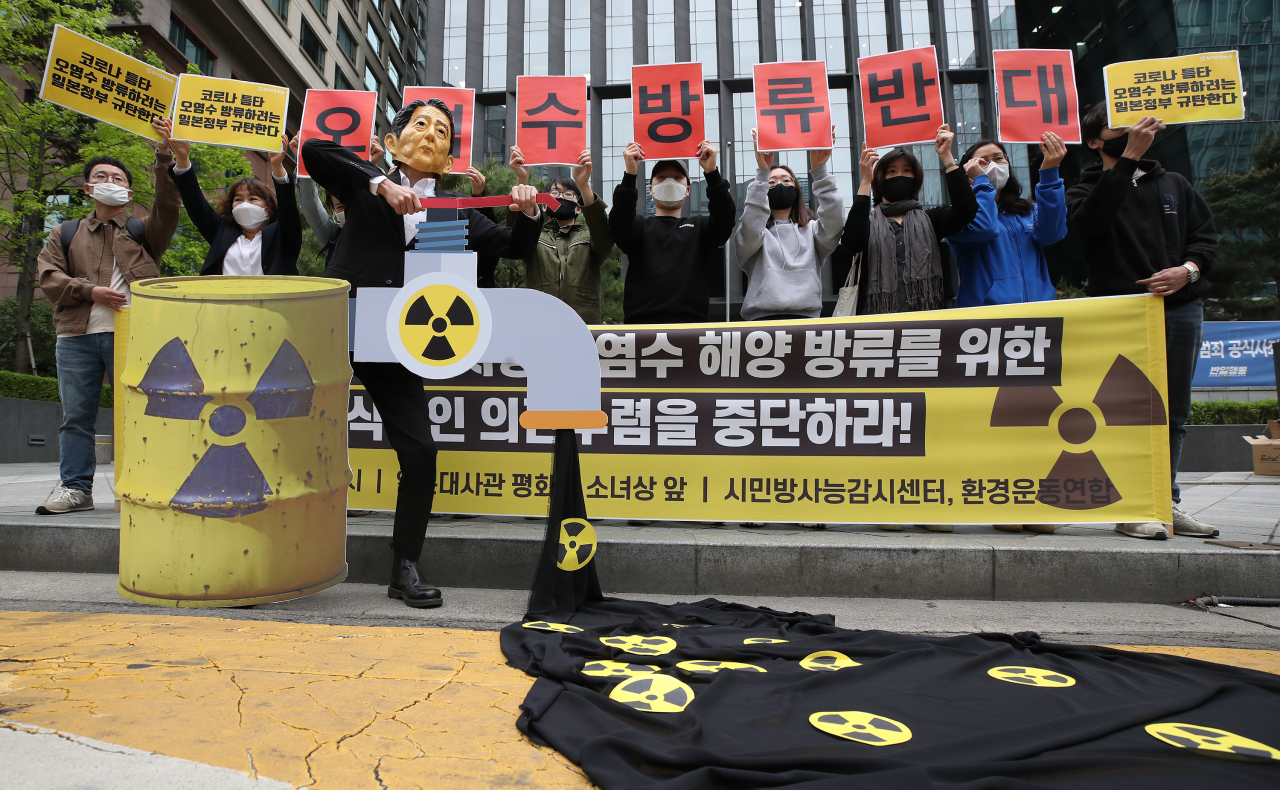 The water containing radioactive materials are stored at the Fukushima nuclear power plant, in Japan, which was damaged by the March 2011 earthquake and tsunami. 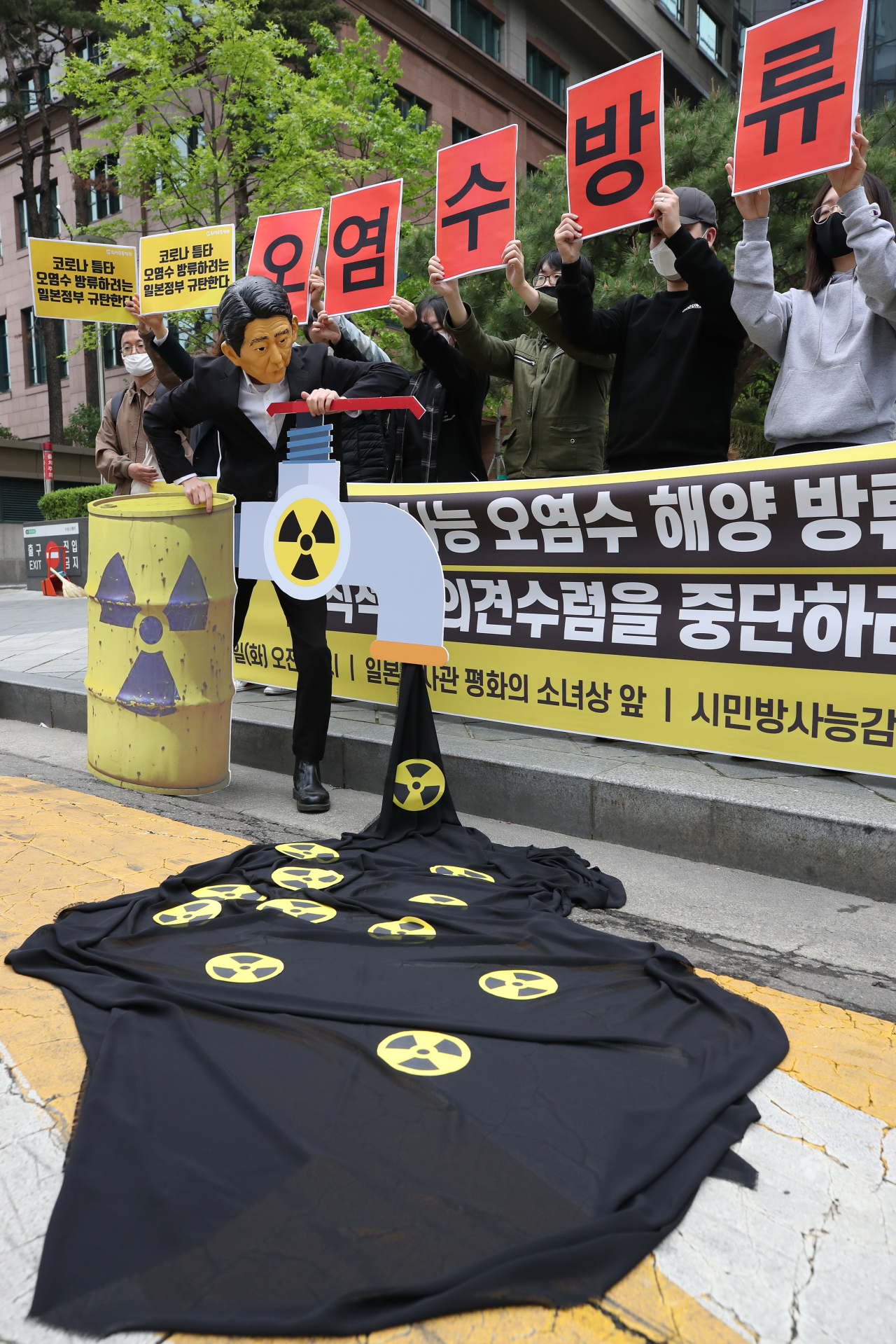