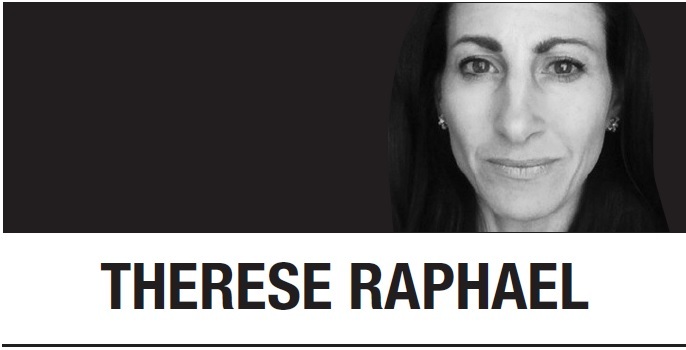 Boris Johnson’s much-anticipated address to the nation Sunday night left many feeling unsatisfied, and others infuriated. For a political team that has often used pithy slogans to devastating effect, the new one unveiled to guide Britain out of the lockdown -- “Stay Alert” -- feels like an epic fail. How does one stay alert and to what, people wondered.

Part of the problem was presentational. Johnson’s 13-minute speech was short on details, leaving everyone to wait until a 50-plus page document was released Monday afternoon. There is often no good way to deliver bad news, but the lag gave people time to jump to hasty conclusions about whether Johnson’s approach is the right one.

There is no getting around the fact that until there is a vaccine or a cure for COVID-19, we have to develop policies for a world where any spike in infections could have devastating consequences while shutdowns exact a hefty toll, too. Johnson’s path forward appears to take that hard reality into account, a striking contrast to the US where there is no plan for the worst-case scenario. At least Johnson, famous for his optimism and skill at brushing off obstacles, tackles the sobering possibilities head on.

But while we hope for a breakthrough, hope is not a plan. A mass vaccine or treatment may be more than a year away. Indeed, in a worst-case scenario, we may never find a vaccine. So our plan must countenance a situation where we are in this, together, for the long haul, even while doing all we can to avoid that outcome.

To do so, he’s laid out a cautious approach, and rightly so. It comes in three spaced-out phases.

From this week, it gives people more personal freedoms for exercise and urges those who can’t work from home to get back to work. (A return to office life will have to wait.) People are advised to wear face coverings wherever social distancing isn’t possible.

From June, some children will return to school. Some sectors of the economy -- including the hospitality industry -- will have to wait until at least July to open up again.To give people a gauge of how well the virus fight is going, Johnson unveiled new color-coded alert stages for the outbreak mirroring what’s done in the fight on terrorism. They measure the level of threat, determined by the transmission rate and number of infections. His government’s five tests will still determine when lockdown restrictions can be fully lifted.

But there were gaps in the policy that sent the opposition Labour Party, unions, employers’ groups and others howling.

The guidelines for worker safety haven’t been spelled out and yet some workers, such as in the construction sector, were told to return to sites on Wednesday. It wasn’t clear which part of the guidance would just apply to England, as Scotland, Wales and Northern Ireland are pursuing their own lockdown timetables. And a new quarantine for international travelers (start date not specified) seemed far too late, or laughably too early with airplanes still stuck on the tarmac.

The UK is following a number of other countries in easing restrictions that range from wider reopenings seen in Austria, Denmark and Germany to more limited lifting of restrictions in Italy and France. Johnson’s easing falls well on the cautious side as warranted by Britain’s current transmission rate -- the R-number is estimated to be somewhere between 0.6 and 0.9 -- and its poor record to date as the country with Europe’s highest death toll from the virus and second only to the US globally.

Even assuming many of the details over how this staged opening will work in practice can be cleared up, there is a wider problem highlighted by the backlash to Johnson’s speech. The pandemic demands a response that is calibrated, revisited frequently and differentiated by sector and even region. And yet politics, as we’ve come to know it in recent years, has been conducted in a cruder vernacular -- a language of simplifications and certainties, where emotional appeal is valued over empiricism.

In other words, we (and here I don’t just mean Britain) couldn’t be more unprepared for this crisis; not simply because we didn’t have enough masks, gowns or ventilators stockpiled, but because after the political equivalent of high fructose corn syrup for years, we recoil when given the choice between broccoli and Swiss chard. Either the messaging has to change -- and Johnson’s address and policy shift signals he gets this -- or the politics of polarization dictates the available responses.

The good news for Johnson is that members of the broader public have so far been supportive of a longer lockdown. Many people either know someone who works for the National Health Service, the country’s largest employer, or someone who has been ill. And everyone likely felt some shock when the prime minister himself had to be treated in intensive care with COVID-19. That doesn’t mean that it will be easy to hold onto that trust as the economic costs rise and fatigue sets in.

Johnson’s big gamble is that he can now both control the virus’s spread and slowly unleash the economy so that these longer-term problems don’t grow worse.

That may be possible if, like Germany and South Korea, Britain manages to implement a far-reaching testing program and roll out a robust contact-tracing program. But the UK is behind on both counts.

At the same time, to hold off calls for a faster lifting of restrictions, the government owes critics far greater transparency about how it arrives at its decisions than has been the case up to now.

For a politician who has so often defied the odds, Johnson will need all his trademark optimism to keep the public with him through this, along with a new commitment to transparency and a greater mastery of policy detail. But it’s realism from the prime minister, rather than the old boosterism, that offers Britain its best chance of limiting the damage.