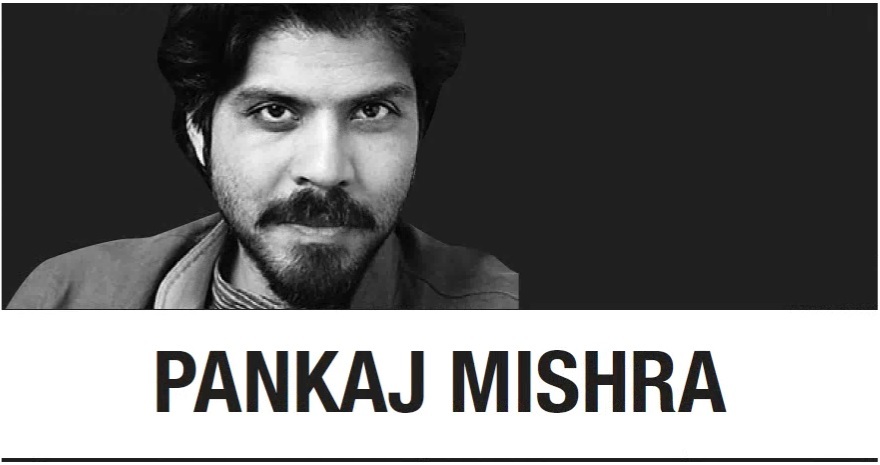 The coronavirus pandemic has torn the veil off a long-obscured and frightening reality: Our economies are unconscionably fragile, propped up by low-wage jobs, and our health systems are tissue-thin. As companies go bankrupt and workers are laid off by the millions, it seems likely that most major economic and cultural institutions will suffer the shock of transition, if not extinction.

These include the media, which has a key role to play in shaping how we think of and act upon this new world.

Clearly, many periodicals will not survive the loss of revenue from sales and advertising. For better and worse, the landscape of news and opinion looks to become far less diverse. Small magazines, especially nonprofit ones, are most vulnerable.

Some losses should not be mourned. The social media “influencers” who broadcast conspiracy theories linking COVID-19 to 5G signal masts should long ago have been consigned to history’s wastebasket. It’s about time, too, that the culture of celebrity was fatally undermined.

And one can only hope that the credibility of partisan outlets such as Fox News, which aggressively downplayed news of the pandemic, lethally influencing US President Donald Trump, will be impaired, especially in the eyes of its elderly audience, which is most exposed to the virus.

The institutions of the much-maligned “legacy media” actually have the best chance of surviving and even flourishing in the future. Rogue challengers to their authority arose in part because the traditional media failed to anticipate or diagnose correctly the financial crisis of 2008. The claim that globalization was lifting hundreds of millions of people out of poverty and into a democratizing middle class has underpinned much reporting and opinion since the 1990s.

Mechanically boosting globalization and its beneficiaries, the traditional media was slower than its rivals to catch up with the political upshot of stagnant wages and extreme inequality -- a global explosion of demagoguery.

Given the media’s general neglect of the “left-behinds,” it should not be surprising that so many of the latter came to believe in Donald Trump’s charge, repeated by many other demagogues, that mainstream newspapers and television channels peddled only “fake news.”

Many media organs are now trying to be more alert to the needs of the hour. In a startling move, the Financial Times recently called for radical reforms, “reversing the prevailing policy direction of the last four decades.”

This would require that governments “accept a more active role in the economy,” seeing “public services as investments rather than liabilities” and making “labor markets less insecure.” Exhorting “redistribution,” the Financial Times demanded consideration of “policies until recently considered eccentric, such as basic income and wealth taxes.”

As even the most respectable Western periodicals hastily dump 40 years of free-market pieties, it is clear they were driven more by ideology than a sense of reality and possibility. As recently as November last year, the FT denounced the Labour Party’s relatively modest program to bring Britain on par with other welfare European states, arguing that it “turns the clock back 40 years.”

Fortunately, the traditional media now has a chance to rebuild its reputation and even augment its essential role in democratic societies.

The experience and fear of death, and the mass destruction of livelihoods, call for the utmost precision in information and analysis. There is no dearth of issues where the traditional media should be able to establish permanent superiority over its upstart rivals with a mix of intellectual rigor and compassion.

There are imbalances in coverage to be addressed. The plight of many people most intensely affected by the crisis -- teachers, nurses, cleaners and carers, not to mention the poor, the elderly and the disabled -- has very rarely featured in mainstream accounts. The BBC, for one, has rapidly reemerged not only as a source of unbiased news and scientific opinion, but also as a champion of the poorly paid people on the frontlines of the struggle against the virus.

As the biggest crisis since World War II unfolds, the challenges before the traditional media will be manifold and steep. Globalization is swiftly receding into the past, its precarious gains likely to be lost. Billions of people could plunge back into the poverty from which they had only recently (and barely) emerged.

Social unrest, manifested last year in a global wildfire of street protests, is likely to intensify. Moreover, the state, whose urgent intervention in public and private life is being widely demanded and welcomed, could become oppressively overbearing. It is no exaggeration to say that the fate of many democratic societies, presently led by criminally inept and deluded politicians, will depend on how well the news outlets that survive perform their duty.