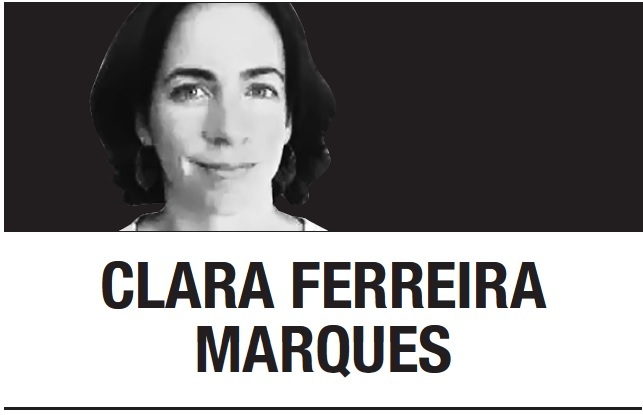 With death rates beginning to peak in Western countries, the epicenter of the novel coronavirus crisis is moving toward the developing world. Yet bare hospitals, armies of informal workers and sprawling slums mean the poorest nations have struggled to pull down the shutters. Experiences in Asia and elsewhere suggest that limiting chaotic mass migration to rural areas can be a start. Throw in cash handouts and a concerted effort to educate and inform, and efforts to contain the virus begin to look a lot more credible.

So far, the infection-control playbook, modeled on China’s, has been consistent: to manage the strain on hospitals; keep the population indoors; restrict gatherings and travel; and close offices and schools. This approach has limited contagion rates for a disease we cannot yet cure. It’s clear that these remedies are less helpful in poor places where billions work for daily wages. Consider that the United Nations estimates that more than a billion people, roughly 1 in 4 city dwellers, live in a slum.

The health of these populations is also weaker, thanks to poor nutrition and preexisting conditions like tuberculosis. In South Africa, 1 in 5 people between ages 15 and 49 is living with HIV. There has been scant investment in hospitals. All of this plays out against a background of economic strain, as these nations depend on low-value exports, tourism, and often oil, making them more vulnerable as worldwide demand collapses. Even the $690 billion-strong flow of global remittances is weakening as jobs abroad are lost.

These vulnerabilities should worry Western policymakers. In our connected world, a highly contagious illness, now in more than 180 countries, cannot be vanquished until it’s controlled everywhere.

So what can be done?

Given chaotic public and private support networks, many of the world’s poorest people fret they will die of starvation before coronavirus. For them, draconian lockdown measures trigger panic and economic pain, forcing mass exodus from cities. When migrant workers and their families return home, they take the virus with them.

India is a case in point. As my colleague Mihir Sharma wrote, once a lockdown was imposed, hundreds of millions of people marched from cities like Mumbai and New Delhi to their home villages, sometimes hosed with disinfectant along the way. The International Labor Organization estimates that in India, almost 90 percent of workers toil in the informal economy. Now, 400 million risk falling deeper into poverty.

Clearly, reducing population density in slums is helpful. Yet India has plenty of experience of the downside of such biblical movements during a health crisis. In 1896 and 1897, in what was then Bombay, the population almost halved after mass departures during an epidemic of plague. Almost 100 years later, plague spread from the diamond-polishing center of Surat when several hundred thousand migrants fled the city.

This concern is now sharpest in Indonesia, a country of roughly 270 million where domestic travel is still possible. Cities are shutting down -- just as preparations begin for Ramadan, the Muslim month of fasting. Many would traditionally return to areas of origin to celebrate Eid al-Fitr at the end of that month, in an exodus known as mudik and Asia’s biggest migration after the Lunar New Year. Postponing the holiday may help, but guidance has flip-flopped and thousands have gone early. The estimated 3 million migrant workers in Jakarta, the epicenter of the outbreak, could unwittingly carry the illness into rural areas, a huge risk given poor health provision.

A better tactic would be to stop massive movements, curtail travel and provide help for more people to shelter in place, while ensuring food supplies can move around, especially if shutdowns are prolonged. Prevailing low wages make this feasible.

Consider those Jakarta workers, who may need $300 a month, if we add a city premium to average wages. Over two months, keeping them on full pay adds up to $1.8 billion, a sliver of Indonesia’s trillion-dollar gross domestic product. That’s tiny relative to the impact of an uncontrolled epidemic. In the Philippines, Manila made a modest step in the right direction by giving 568,000 families each 1,000 pesos, about $20, ahead of Easter.

This all needs to be paid for while trying to keep an economy alive. For Indonesia, with a hard-fought reputation for prudence, it’s a painful but necessary shift to loosening budget restraints. The country was still able to sell $4.3 billion of dollar bonds this week, including a 50-year tranche. Local-currency bonds are another option, to back a shelter-in-place fund. Others will need outside support, perhaps credit lines from the International Monetary Fund, which says nearly 80 countries have asked for help.

Communication is the next struggle. At one end of the spectrum, Brazilian President Jair Bolsonaro has been plain problematic. Local authorities have often done better: Manila has been particularly proactive, using Facebook to gather information on those needing assistance and for the city’s mayor to connect with a social media-savvy population.

Developing economies have some advantages. Heat and humidity may not stop the virus, but populations are younger. Many, especially in Africa, have experience in using physical measures to slow the spread of disease where drugs are unavailable. They had more time to prepare and, in many cases, closed down fast.

It won’t be enough. Debt moratoriums, loans and practical help will be required as the novel coronavirus exposes every structural weakness. The UN wants a $2.5 trillion assistance package, much of that debt cancellation; it’s less than wealthier economies have already unveiled in stimulus. Even a fraction, though, could stop a crisis becoming a cataclysm.