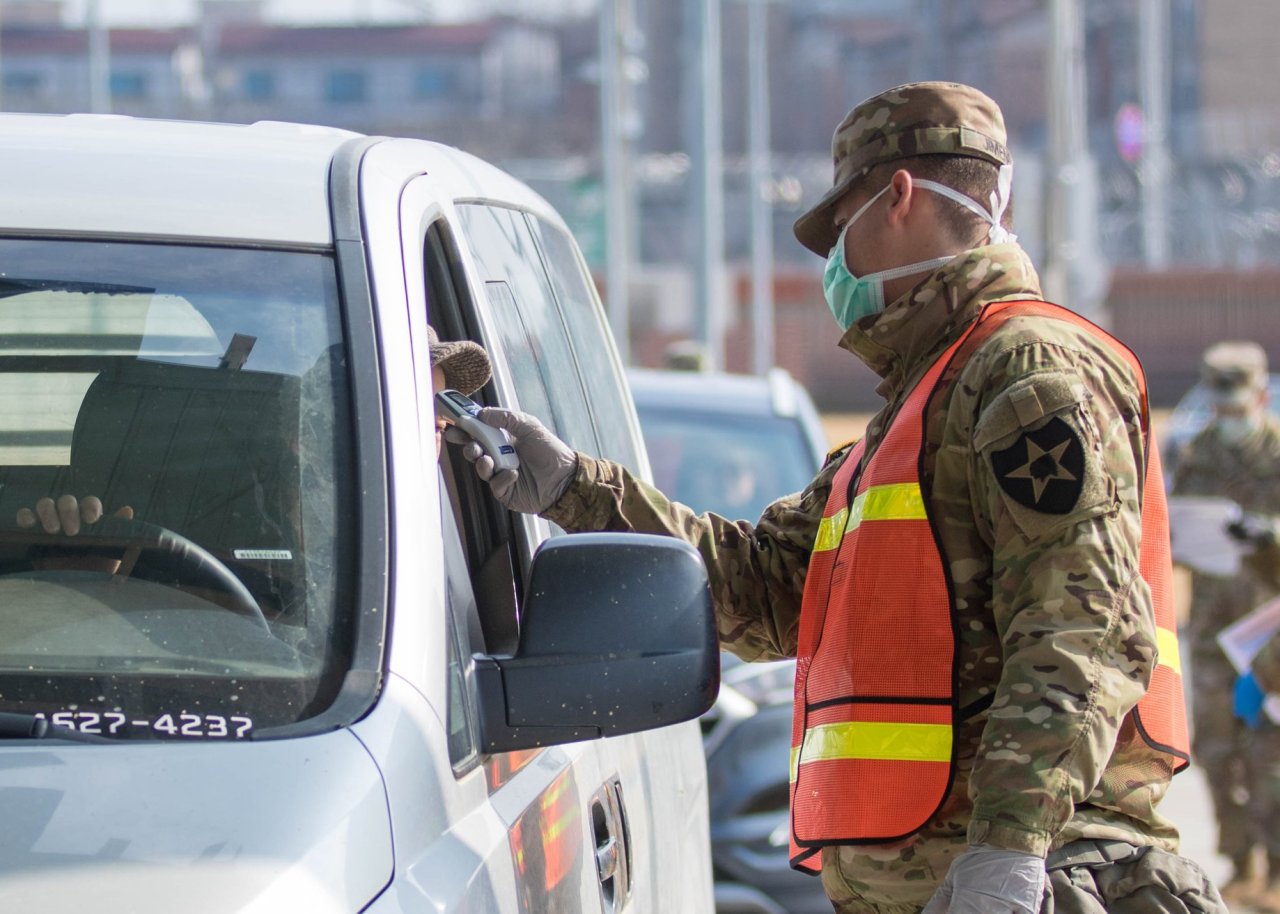 It is the third COVID-19 case confirmed at Osan Air Base in Pyeongtaek, some 70 kilometers south of Seoul, near Camp Humphreys, where the USFK's headquarters is located, USFK said in a Facebook post.

Other details were not immediately available.

"Contact tracing and thorough cleaning are occurring now," it noted.

After reporting the first patient Friday, USFK shut down part of the Osan base, as the military brought its Health Protection Condition Levels (HPCON) a notch higher to "Charlie Plus" or "C+" for the base.

Across the peninsula, the military remains at a level of "high" risk, and USFK Commander Gen. Robert Abrams has declared a public health emergency to issue related guidance and enforce compliance. (Yonhap)