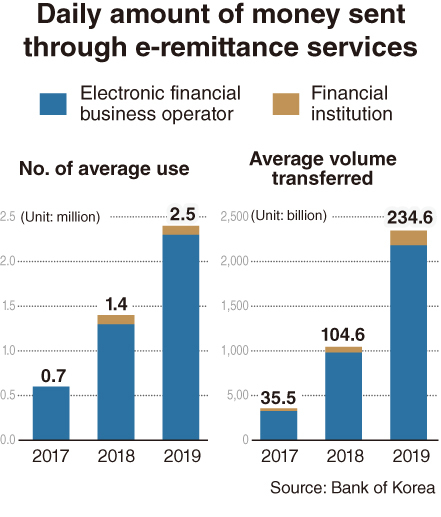 The average amount of money transferred through local e-remittance services within a day during 2019 has increased by 124.4 percent to reach 235 billion won from a year earlier, according to Bank of Korea data Wednesday.

The average daily uses of e-remittance services in Korea has marked 76.7 percent increase from a year earlier to mark 25 million uses.

Korea’s local e-remittance market started to grow in 2015 after the government began to rid of the accredited certification system from e-transactions.