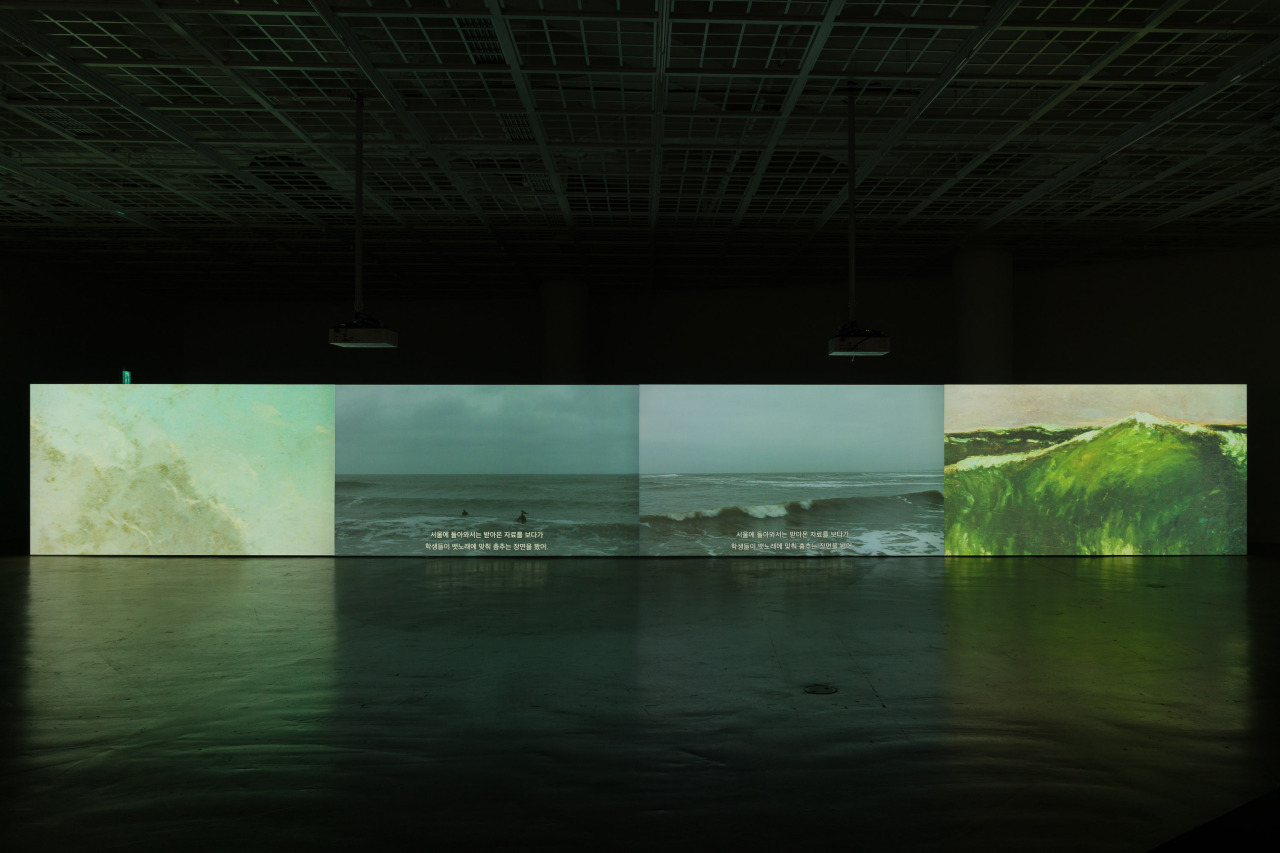 "Larger than Life” by Nam Hwa-yeon (Art Sonje Center)
A lack of information about legendary Korean dancer Choi Seung-hee (1911-1968) allowed Nam Hwa-yeon to come up with her own interpretations of Choi’s historic achievements for the solo exhibition “Mind Stream.”

The interdisciplinary artist created artworks that range from media art to sculptures based on her research about the dancer. Nam represented Korea at the 2019 Venice Biennale 2019, along with Siren Eun Young Jung and Jane Jin Kaisen.

After Korea was annexed by Japan in 1910, Choi traveled to Japan at the age of 16 to learn dancing under Japanese modern dancer Baku Ishii. Choi later performed for Japanese troops during the Sino-Japanese War that started in 1937.


Choi quickly earned international recognition through overseas performances. Pablo Picasso described Choi as a “real artist who exceptionally portrays the dream and ideal of our time period” after watching her performance in Paris in 1939.

Although some criticized Choi as a pro-Japanese dancer in the colonial era, Choi later defended herself, saying she tried her best not to lose her identity as a Korean.

Choi stayed in South Korea after liberation from Japan but followed her husband An Mak, an active supporter of North Korea, in crossing the border in 1946. Choi is believed to have contributed significantly to the development of modern dance in North Korea, with full support from then-North Korean leader Kim Il-sung, until she was purged in 1967 and disappeared from public view.

“There was some pressure in working on Choi Seung-hee, and I had to constantly question myself about the dancer’s past,” Nam said. “However, I tried to focus on the dancer’s value as an artist and how she inspired me.”

Nam reproduced Choi’s choreographic works in her clay works, paintings, documentary and video art, based on her interpretation and historical facts she collected from Korea and Japan.

The ongoing exhibition “Mind Stream” was named after one of Choi’s choreographic works.

“I think I have done almost everything I can do with the theme of Choi. I would say the exhibition is like a summing-up of my research on Choi. Now I am ready to move on to the next theme,” Nam said. “I am not sure what my next project will be, but I am thinking about doing more sculptures and paintings.”

“Mind Stream” runs from Tuesday to May 2 at Art Sonje Center in Jongno-gu in central Seoul.